The S&P 500 is one of the most recognizable stock market indices.

While the Dow Jones 30 Industrial Average is better known to the public, the S&P is often viewed as the best indicator for large-cap U.S stocks.

This is because the following 5 companies have dual share classes, giving the S&P 500 5 additional tickers: 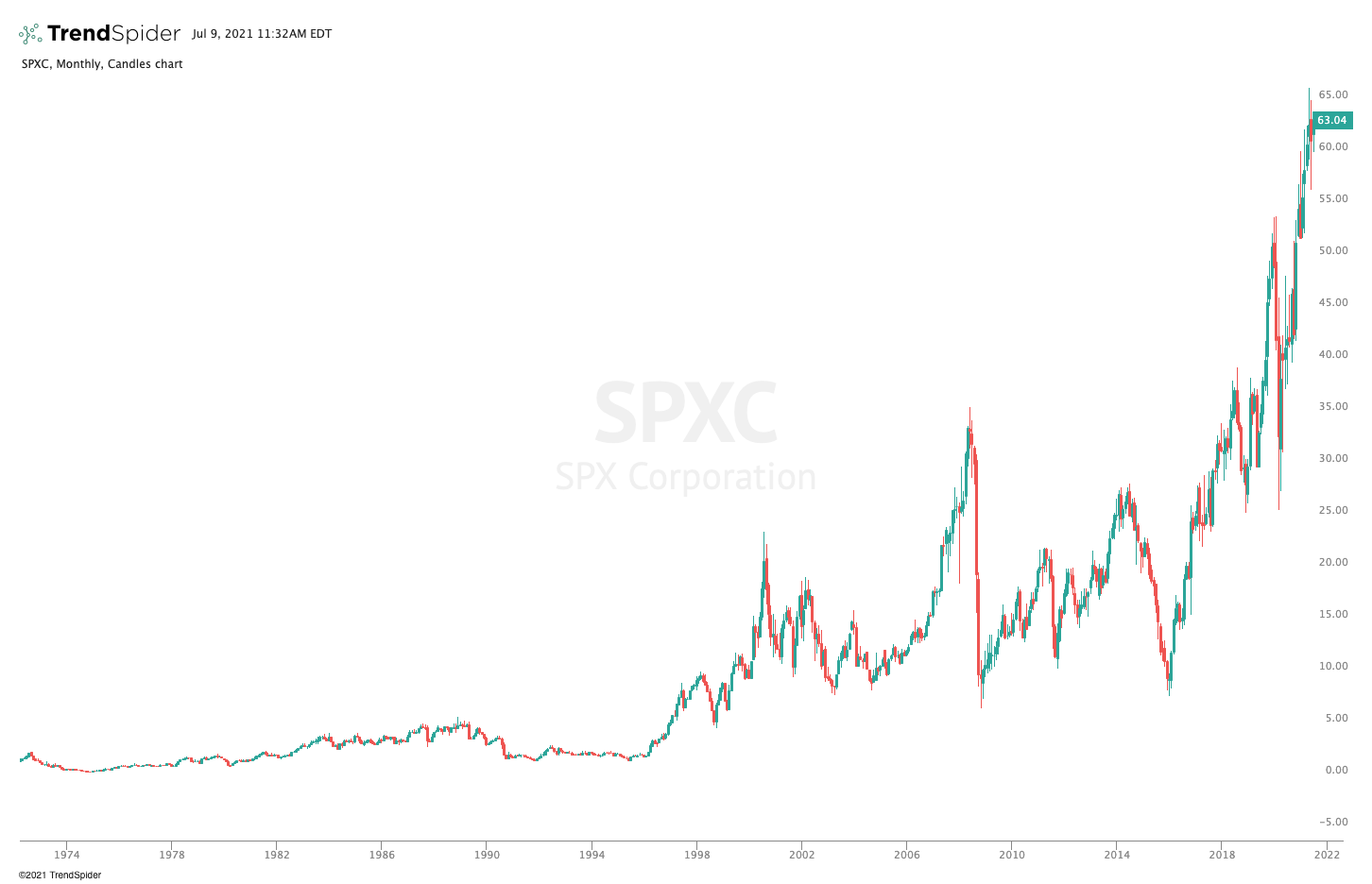 The S&P 500 has made people a lot of money over the long run.

The index has averaged a return of around +10% per year throughout its history, meaning it doubles about every 7 years on average.

However, there have been plenty of ups and downs along the way.

We're sure you remember 2008, when the index fell fell over 37% due to the financial crisis.

When Congress rejected the bank bailout on September 29 of that year, the S&P 500 dropped -8.8% in a single day of trading. This was the biggest drop since the 1987 Black Monday crash, when the S&P collapsed -20.5%.

Since the S&P 500 is an index, you can't directly invest in it or trade it.

So how can people make money from it?

Simple -- they own or trade mutual funds and ETFs indexed to the S&P 500.

This means those mutual funds and ETFs model the S&P 500, buying and selling the same stocks in the same weightings to produce a return that's roughly equivalent to the index itself.

S&P says $11.2 trillion in assets (like mutual funds and ETFs) are benchmarked to the index.

The best known of these assets are:

However, you can trade futures based on the S&P 500.

S&P Is Actually a Company, and the Index Has a Long History

However, the S&P does have a predecessor index called the Composite Index, which contained 90 stocks.

Many historical data sources will mix the two together.

While traders often use SPX as a shorthand for the S&P 500 Index, the index' ticker is NOT always SPX in trading platforms and charting systems.

The official ticker is ^GSPC -- which is odd because people don't use it in the real world. 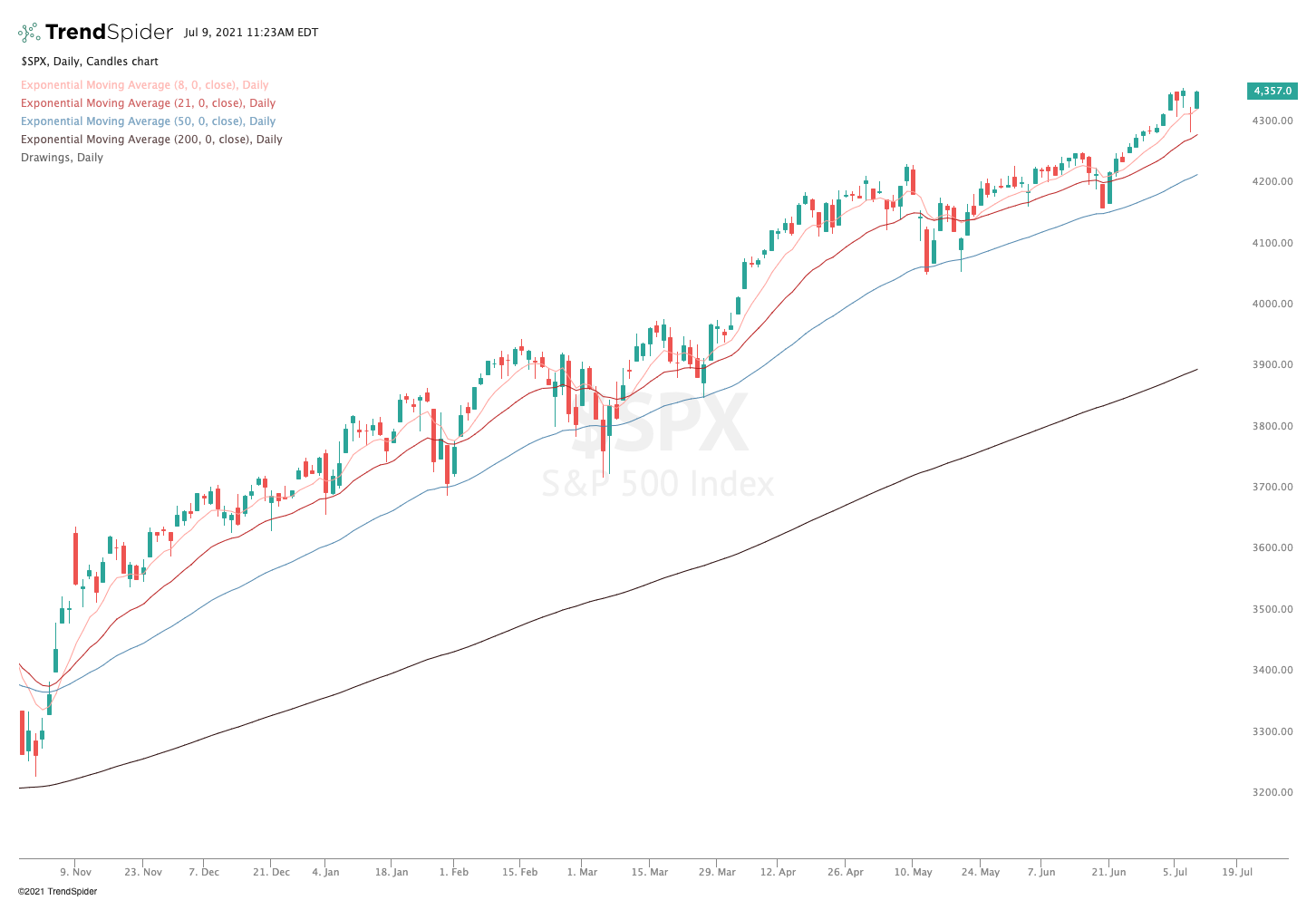 To add to the confusion: there is actually an infrastucture company called SPX Corporation which used to trade under the ticker SPX.

Thankfully, SPX Corporation has since changed its ticker to SPXC.

The S&P 500 Does Not Let Every Big Company In, and There's a Revolving Door

The S&P 500 is not open to every large publicly-traded corporation.

Here are the official requirements:

Here are some major companies which are NOT included in the S&P 500:

And as you might imagine, when a new stock is added, an older one is removed. Companies are removed for all sorts of reasons, including mergers, banktrupcies, or simply falling down the totem pole in terms of size and prestige.

The S&P 500 Is a Market Cap Weighted Index

Not every stock in the S&P 500 impacts the index equally.

Apple (AAPL) is the top weighted stock and makes up 6.1% of the index.

Just below, you'll see that the top 10 companies in the S&P account for 28% of the index. So it's quite top heavy.

And at the bottom, there is News Corporation Class B (NWS) at just 0.008% of the index.

You can see all the data here:

Since the S&P 500 is a market cap weighted index, the names in the index are major companies you know. 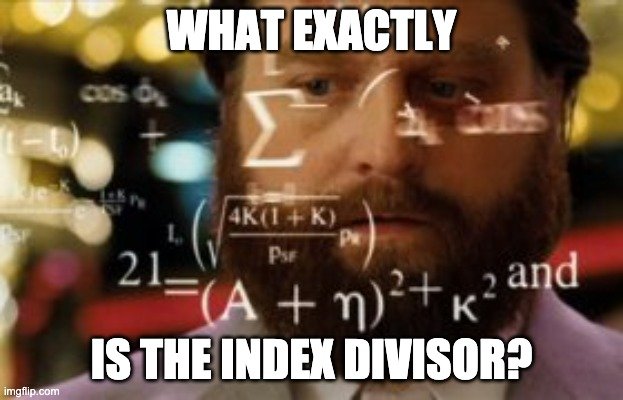 Okay, we saved the most exciting fact of all for last... which is the S&P 500 Index Price calculation.

According to the Corporate Finance Institute, the S&P 500 Index Price is calculated as follows:

The S&P 500 Index Divisor is a number determined by S&P to keep the index consistent over time.

How Many of These Facts Did You Know?

If you knew more than 3, you're at the top 1% in terms of market knowledge.

Previous Post Options In Play – Not All Tech Is Created Equal Next Post Yes, Amazon Is STILL One to Watch