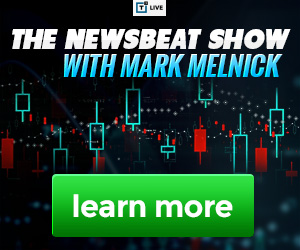 “I picked up my bag, I went lookin’ for a place to hide

When I saw Carmen and the Devil walkin’ side by side

She said, I got go, but my friend can stick around.” – The Weight, The Band

“The nature of the game as it is played is such that the public should realize that the truth cannot be told by the few who know.” – Jesse Livermore

I’ve been in this game for 35 years and it never ceases to amaze me how cycles so often dovetail with the news at a turning point.

Most players assume that it’s the news flow that drives the price action.

I have proven to my satisfaction that it is the news that breaks with the cycles, not the other way around.

For example, last fall I was pounding the table that the Great 90 Year Cycle would produce a waterfall event.

We got a doozy… the fastest 30% plus decline in history.

I think that qualifies as a waterfall event in spades.

Covid news broke with the cycle.

Now the headline news going into a long weekend is the Reopen as well as news that China is set to introduce a national security law for Hong Kong after the city was plunged into turmoil.

Hong Kong markets are down nearly 5%.

Is the news breaking with the cycles once again?

If you were simply following the price action going in late January/February, there was no reason for alarm.

The market was dancing in The Street.

However, as the master, W.D. Gann wrote, “Time is more important than price. When time is up, trend changes.”

The idealized time frame for ‘time to be up’ was mid-January, following a 90 day or so blow-off from the October low.

Mid-January was also the 45th anniversary of the 1973 blow off top that preceded a devastating 2 year bear market. Again, the top played out with a 90 day blow-off.

The SPX delivered a 120 point decline off the January top in SEVEN days, which was followed by a nominal new high into February 19.

On the Friday, February 21 close with the index perched right on top of the prior January swing high, we wrote over the weekend for the report issued on Monday morning February 24, Is This the Pin That Bursts the Global Bubble?

“In years to come, the scorching rally that started after the Coronavirus Plunge on Friday, January 21 will be known as the Coronavirus BTD. Is the market really as smart as it looks? Is the last two weeks’ rally discounting that the worst of the epidemic is behind us? Or is it possible that insiders and smart money were caught blindsided in late January and the rally was orchestrated as an exit?”

In that same report, I repeated the following SPX chart from February 12 depicting a bearish Rising Wedge within the context of a Measured Move. 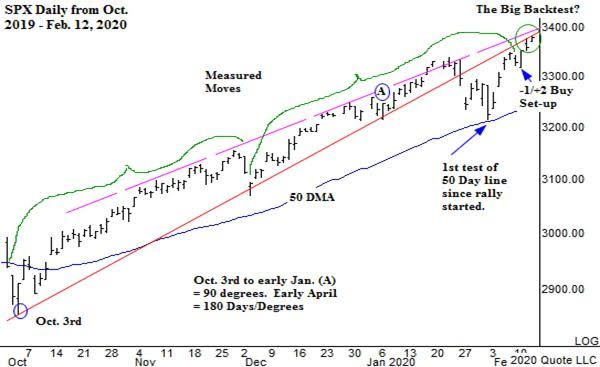 We went on to say, “Now the market has pulled back and is sitting on critical support — the prior January highs.

Breakage below January’s low may indicate something pernicious is on the table.”

I can’t help but wonder if because the waterfall decline in March was so quick and so steep, that once again the ‘smart money’ was caught wrong-footed and a rally was needed to engineer an exit.

Many stocks are up over 100% off their March lows.

Poor FB didn’t fare quite as well — it traded at an all-time high of 237 yesterday up from its March 137 low.

OKTA also doubled off its March low advancing from 89 to 191 on Thursday.

To mention a few of the names Hit & Run traffics in.

Then of course there are the ‘Home Alone’ stocks that benefitted from the virus, exemplified by W, which was a 10 bagger, advancing from 22 to 197 last week.

Above I walk through the kickoff to the crash because the current pattern in the SPX is an echo of the set up going into February 24.

The following chart shows the SPX carved out a pattern high from 4/29 to 5/11.

Like the initial break in late January, last week saw a quick 180 point SPX plunge followed by a recovery to a nominal new high… like February.

The index reversed down on Thursday to close right on the support defined by prior swing highs… the 4/29-5/11 double tops.

Consequently, decisive breakage below this support is a yellow flag.

Follow through below the Maginot Line — Monday’s open gap which coincides with the 20 day moving average at 2888 will be a red flag.

Conclusion. Wave 1 down started with a failure from a secondary high.

If the advance off the March low is a rally within a bear market, it would be fitting for the start of the next leg down, potentially a sinister Wave 3, to start from a possible failed breakout — Monday’s Moderna Markup.