Late Tuesday we tweeted on the Hit and Run Private Twitter Feed that a rally attempt was on deck for Wednesday.

There were several indications to suggest a rally:

1) The SPX 3 Day Chart turned down on Tuesday for the first time since mid-July.

2) The SPX tested a rising trend line from the mid-June low of the year.

3) There was a positive divergence going into Tuesday’s bell with breadth positive and the SPX red.

Despite a stutter-step in the early going on Wednesday, the index stabilized and rallied--half-heartedly-- the SPX was not able to turn its Daily Swing Chart up on trade above Tuesday’s high.

The futures did so overnight, attacking the 4177 June high and recent breakdown pivot.

The cash will turn up the dailies today.

Be that as it may, this pullback off the August 16 high sliced through the 20-day moving average…which is not the normal expectation coming off a Runaway Move.

This means a solid short setup will be on the table on a 1 to 2-day rally that backtests the 20-day ma now looming overhead.

This week and early next is a pivotal juncture for the market.

W D Gann put a lot of significance on anniversary dates because of the Solar Return.

An important high was struck on August 31st.

The market was “heavy” before the Twin Towers.

7 years later was August 2008 when the last pivot high was struck on 8/28 prior to the Lehman Crash in September.

7 years later was August 2015 and the SPX struck a pivot high on August 17th  prior to crashing.

Markets that run up in July and August have a proclivity to come unwound in September.

One of the most famous examples of course is the rum up into September 3rd, 1929.

Most market participants think the market was strong throughout 1929.

My advice…panic now and avoid the rush.

In sum, the market rose modestly on Wednesday but volume was weak and breadth was nothing to write home about.

Markets are heavy and if the secondary rally ended on August 16th the next leg down will be dramatic.

Surprises happen in the direction of the primary trend and that trend is down.

In that context, QQQ has a Time/Price square-out in the 301 region over the next week. 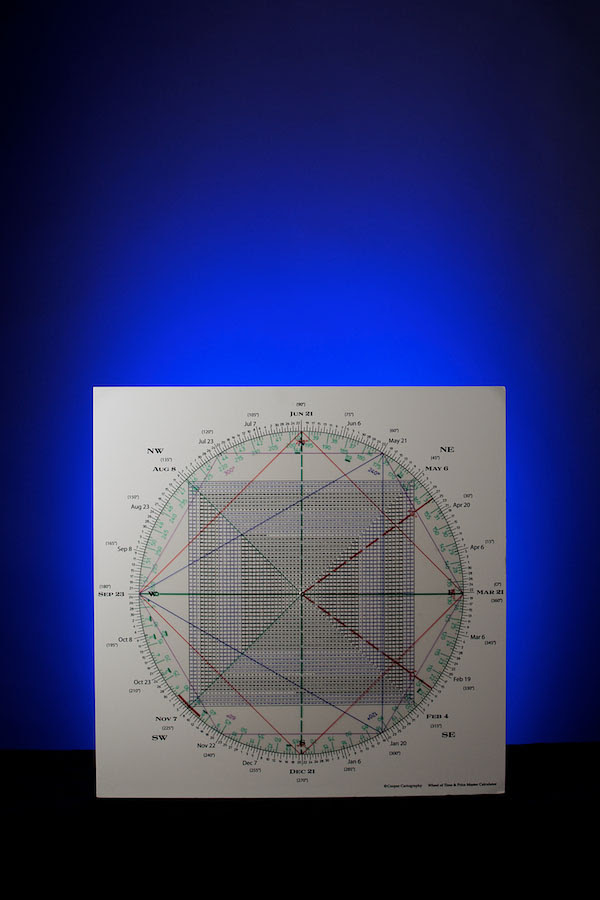