In the Window Of A Top

Stocks surged Wednesday just when it looked like a normal pullback was in progress.

Apparently, skeptics jumped in believing they needed more exposure to the market:

If they’re not going down, they’re going up psychology spurred FOMO frenzy.

And, checking the VIX shows clearer buy signals (sell signals on the market) that at the June 2- June 7 top. 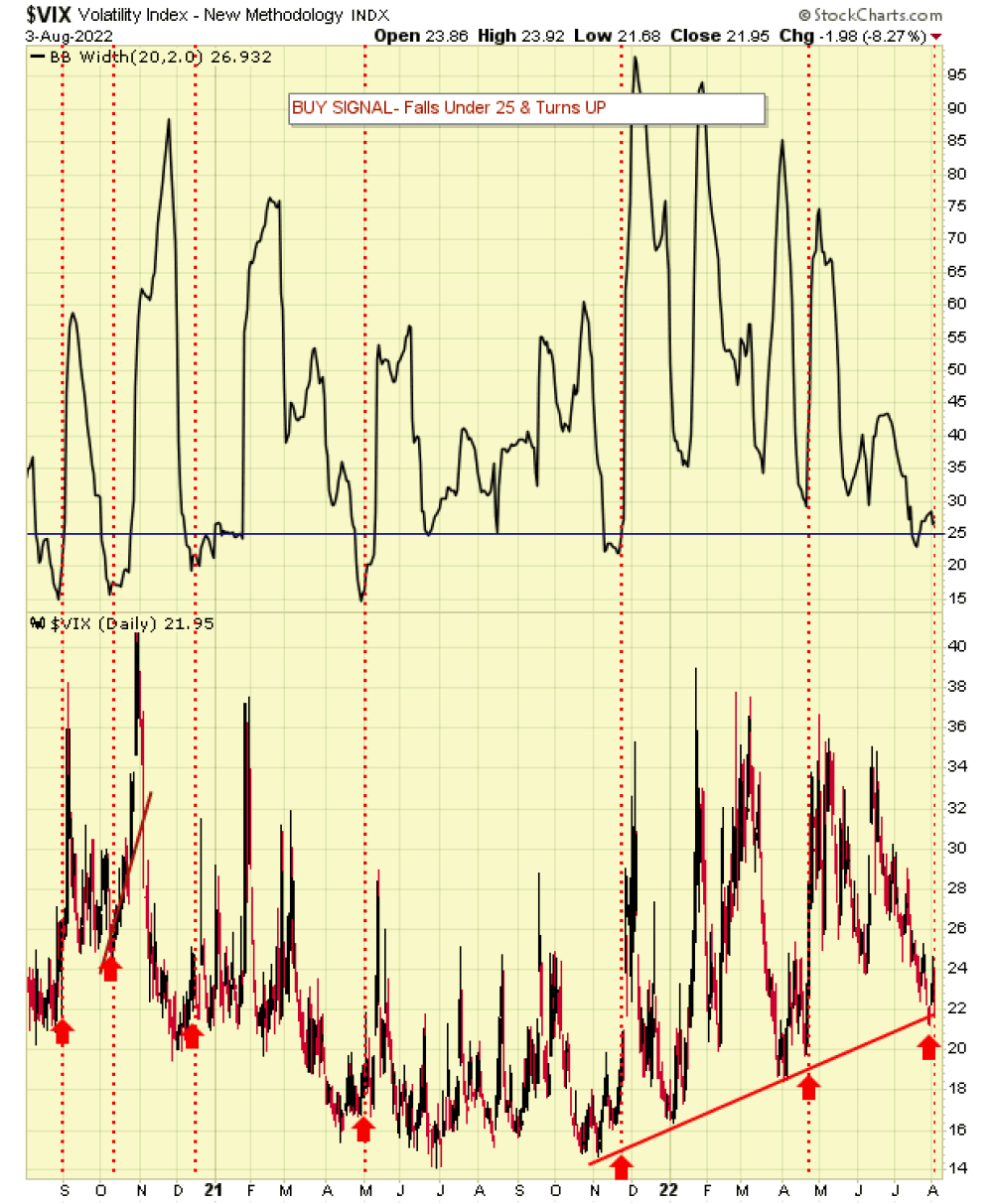 TIME knows: the Monthly SPX Swing Chart turned up followed by a turn down on the Daily Swing Chart as anticipated.

However, what was unexpected was the immediate resumption of the rally.

The presumption was at least 2 consecutive lower daily lows.

The brief pullback-- a 1-day turndown after a big wheel of time turns up, the monthlies--is often the sign of a runaway move in a bull market.

In a bear market, it often marks upside exhaustion within a day or so.

This is occurring right at important horizontal resistance.

If you connect the March 8 and 14 lows which were the lows prior to the explosion into March 29th…the secondary high you can see that it corresponds to the early June high,

This is precisely the region the SPX attacked on Wednesday.

As well from March 8th to August 8th is 180 days/degrees when a turning point would be expected + or -.

This is validated by the fact that 90 days/degrees from the March 8-14 window ties to the June low for the year-- roughly.

Remember, the market is not a fine Swiss watch. It puts you in the window….it doesn’t ring a doorbell.

So a low to high cycle looks like it’s on the table.

It would be typical of the perverse Mr. Market to fluff up the calls and destroy puts prior to the August monthly options expiration.

From a wave perspective, the strong likelihood is that from the Jan 4 high, 5 waves down completed at the mid-June low.

That implies that we are in a wave 2 corrective rally phase.

It should be followed by a powerful decline-- more powerful than the Jan-June drop.

The idea of a Wave 2 corrective rally before a plug-pull is consistent with the idea that Mr. Market will do whatever it takes to make the vast majority of market participants believe that The Low is in.

In sum, I think a Gamma Squeeze is playing out. This occurs when naked calls are squeezed.

In other words with “every rally” being ripe to sell in a bear…just as “every pullback” is ripe to buy in a bull theoretically, oftentimes players get wrong-footed and squeezed.

In other words, they short calls when a rally looks stretched but the market squeezes them by continuing higher.

And, this means that the underlying stocks with the naked calls (or the indices) must be bought when those naked calls run to buy them back.

This causes market makers to buy the underlying stocks (or market) creating a virtuous circle…for the moment.

What must be said is when it ends, it ends with a bang.

Consequently, the expectation is for a pullback to start overcoming hours/days.

It should be deep enough to stir up negative sentiment.

It may go as deep as 4020-4050. However,  as long as that region holds, I think we’ll see another push higher that potentially lasts into late August.

From there the postman should ring twice, delivering a gift for the bears.