The son becomes the father, and the father the son.
-Jor-El, father of Superman

Last year, I had back surgery to correct a sequestered spinal disc.

That pretty much meant the end of my competitive racing career.

But as one Redler falls… another rises.

And my son Chace is winding up.

Here's a picture of us after the finish.

I ran the race alongside him… until he passed me by.

Chace broke the record for 8-year olds for this particular race.

And he may have posted one of the top-3 5K finishes EVER by an 8-year old. (official records are a little spotty)

I think running and competing can take him far in life.

And I'm not just talking about college scholarships. He's learning the value of discipline and hard work early.

But maybe one day he'll leave running behind.

If he made that choice, I'd drag him into the garage, lock the door, and not let him out until he understands these 10 trading rules:

10) Trading Is a Business

People think trading is like hitting the craps table at Ceasars Palace.

You have to balance your books every month, make it through slowdowns, and most of all, not put yourself at risk of bankruptcy.

The average guy on the street thinks trading is really exciting. You lose $10 million one day, and make $20 million the next.

NOTHING could be further from the truth.

Every successful trader knows that…

9) Trading Should Be Boring

A trader starts his career, and BAM! He has a huge day.

I gotta tell you, $50K all at once can ruin a trader's life.

So they keep taking more and more risk… until they run into a day like the August 24, 2015 flash crash.

5 minutes after the open, the margin clerk's demanding more cash.

The trader doesn't have the money to put up, so their positions get closed out, right at the bottom.

So they're put out of business just before the rebound.

So if you're just getting started, I recommend that you…

If you get good at anything, the money's going to come eventually.

So focus on developing your skills, and properly executing the strategies you learn.

That's what's going to keep you in the game for the long run.

Your #1 goal should be to develop a set of trading strategies that can give you consistent profits, no matter what's happening in the market.

Once your brain gets big, your wallet follows.

But let's not forget about your heart, because…

7) Your Temper Can Kill You

Self-control is more important than brainpower.

You can have all the intelligence in the world, but if you can't stay calm when you're losing money, you're toast.

You need the self-awareness to know when you're at risk of letting emotions dictate your decision-making process.

I just read an article in the Wall Street Journal about a banker that used basketball to judge job candidates:

Some employers confessed to weeding out applicants in the gym. John Osbon said when he was a Wall Street managing director he played basketball with job candidates. He would step on their feet or yank their shirt in games, he said, to see how they reacted. If they kept their cool, they passed the test.

“They were all fair fouls, and I didn’t hurt anyone,” Mr. Osbon said. “You have to take someone down to size.”

Sounds like a pretty effective way to judge a trader's ability to take pressure!

How easily do you keep your cool?

And what can you do to work on being even-tempered?

But we all know we can't keep our emotions perfectly on check.

So I recommend that you…

6) Use Reverse Psychology on Yourself

We're only human, and we can never perfectly manage our emotions.

I've been doing this for 18 years, and I still get too excited sometimes.

And when I feel that coming on, I know my ego is getting the best of me.

So I force myself to trade more cautiously, because I've put myself in the danger zone.

And when I start every trading day, I try to…

I don't expect too much at the start of a trading day.

And I don't expect too little.

Every day is different, and if I'm in a neutral mood, I'm ready for whatever opportunities present themselves.

If you start your day dreaming of piles of cash, or worrying that you'll go up in smoke, you're doomed.

Now, once you're out there, not every trade will go your way.

You're going to lose money.

But that's okay, because…

Every trader out there loses money.

I lose money all the time.

Some of the richest traders I've met lose money every single day.

But the reason I'm still in the game after 18 years is that I don't lose big.

Because small losses won't knock me out of the game.

If you dig a deep enough hole, you may need 10 winners to make up for 1 loser!

Understanding this can help you…

Pros don't think about Ferraris and private jets while they're trading.

We think about what we could lose.

Sometimes, no matter how much we plan and how hard we work, we're going to lose money.

But I don't want you to think that great traders sit around waiting for the sky to drop.

To make it as a trader, you've got to…

By now, you understand that traders need to keep their egos in check.

They need to worry about risk, not just reward.

But at the end of the day, you've got to believe in yourself.

You need to know that you can develop trading skills, and then apply them in the real world, with real money on the line.

One of the biggest mistakes you can make is not giving yourself a fair chance.

Too many aspiring traders never get started, because they don't think they can do it.

They'll spend all day paper trading and reading books, but they never actually pull the trigger.

Don't fall into that trap.

Get an education, and then get started.

And no matter how successful you get, don't forget to

This is what matters in life: 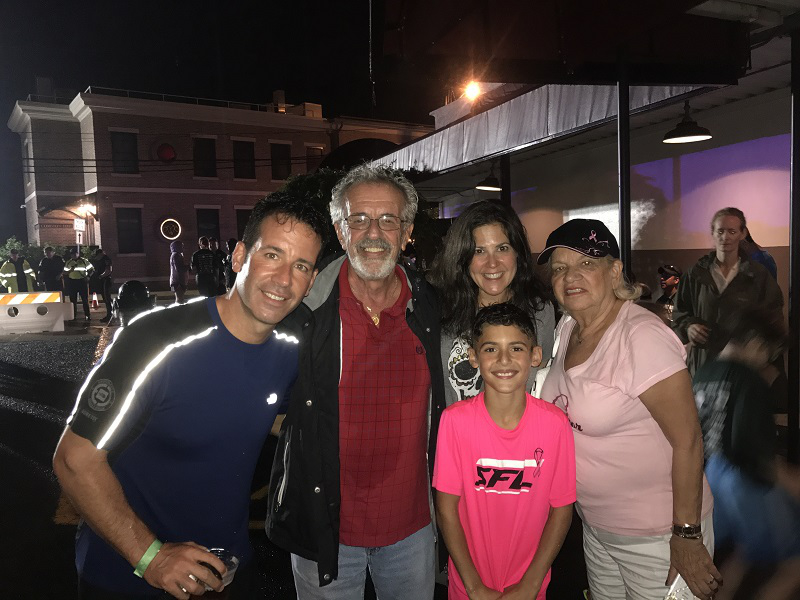 I'm lucky that I earn a living doing something I love.

But it wouldn't matter if I didn't have a great family.

When you're at your trading desk, do your best.

But if you don't have good people in your life, money is worthless.

Learn Scott's Tier System for trade management, his unusual attitude towards stops, and how to understand your trading personality. 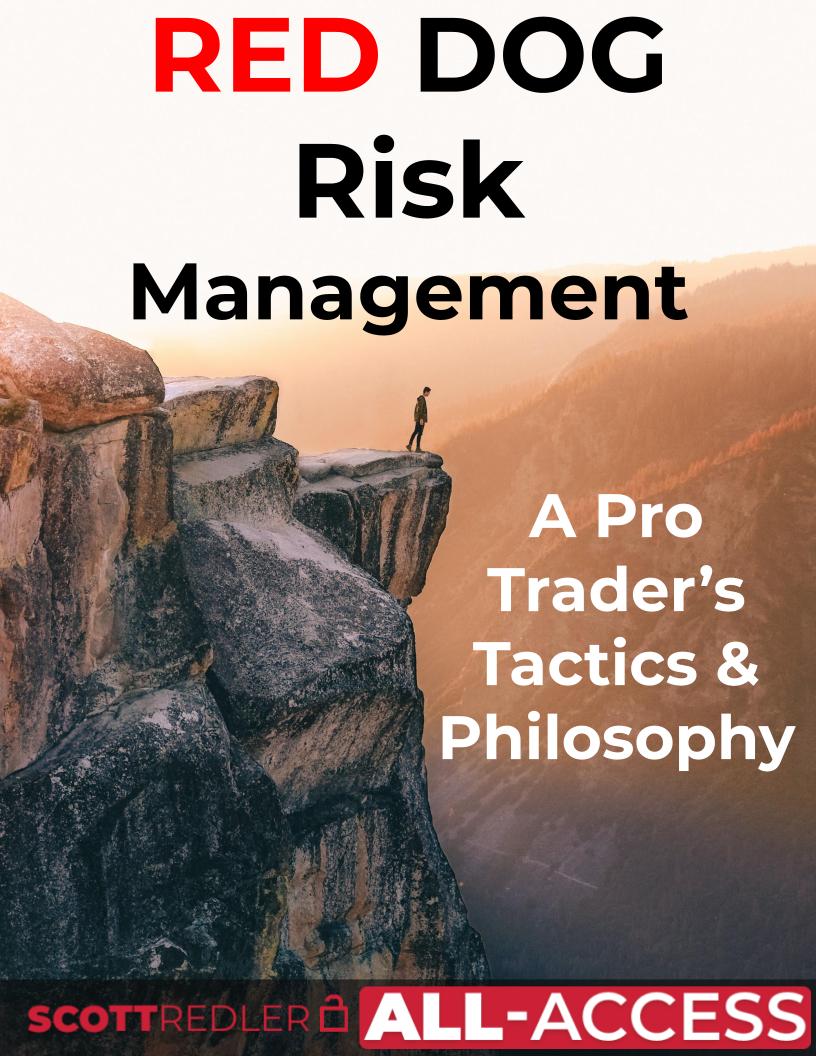 Really like what I read. I am starting small ($5K) and won’t be sitting at my computer all day,so I like what I see in your ideas.
I am retired Navy and now aretired school teacher (still subbing). So, I guess I am more of a swing trader looking to learn as much as I can to be profitable. Best luck always to you and your family,
Mike Lyon