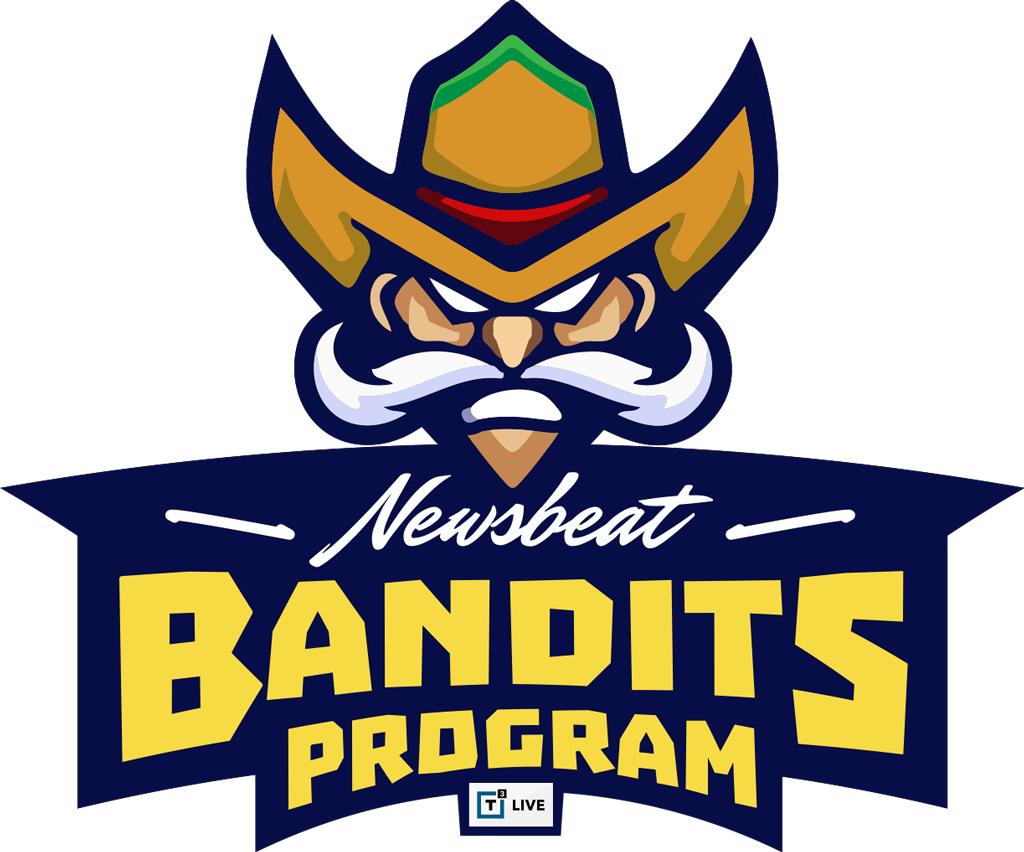 Why Trade All Day When You Can Just Trade the Open?

Why These Traders Stopped Trading...

In early 2019, something weird happened in the Newsbeat Live trading room.

Traders were taking a few ideas at the open, making money... and then leaving.

They were paying for 7 hours  a day of Newsbeat Live access... and using less than an hour of it

They get in, they pull cash out, and then they go about their day.

They max out their profits at the open so they can do pretty much whatever they want.

Some go swimming. Some head to the gym. Others do absolutely nothing.

We Trade the Open for the Same Reason Willie Sutton Robbed Banks...

A reported once asked infamous bank robber Willie Sutton why he robbed banks.

His reply: "because that's where the money is."

Not every hour if your day is created equal

And if most of the money is made at the open... then why not focus your energy there?

Success in trading isn't about doing a million little things.

It's about doing that one big thing that makes a real difference.

Finding just one strategy that works at the open can be that one big thing.

So here's the good news: Mark's going to teach you 6 killer strategies, not just one!

He systemized these strategies and his process for trading the open so you can get what you really want:

Time to do what you want to do.

Not what someone else wants you to do.

Welcome to the Program

Understand exactly why the open is the most important part of the day, and understand the Newsbeat Bandit lifestyle.

To our knowledge, this is the only course in the industry focused on trading the open

At the open, speed and accuracy matters.

There's not time to play around.

So Mark shares his personal pre-market checklist so you understand what it takes to create actionable ideas for the open.

You'll also learn the Melnick Trading Loop -- a decision making framework you can use before every trade you make.

This section is short, but vital.

He also shows you a simple way to reduce your trading costs (no guarantees on this one, but every trader should try this).

Simple: must not be complicated

Easy: can be learned quickly

Mark's going to teach you his 6 top strategies for trading the open:

*this special surprise strategy will be announced during the lesson

Each strategy includes a checklist with specific instructions -- no hoping or guessing!

Most traders lose before they ever sit down and turn on the computer.

They don't understand the importance of a psychological edge.

Here's the reality: trading is not just about charts

It's about retraining your brain to reject bad ideas and focus on good ones!

Your 8 Bandit Missions, Should You Choose to Accept Them

At the end of the course, you'll receive 8 missions to complete on your own.

They are designed to reinforce the concepts you just learned, and improve your psychology as a trader.

These missions are 100% optional.

But should you choose to accept them, you will become a more efficient, and more confident trader.

What's Included With Your Purchase 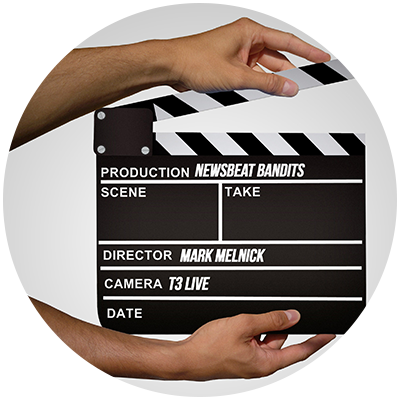 Mark takes you step-by-step through the entire Bandits system so you can understand all his strategies for trading the open.

This is over 6 hours of material designed to help you dominate the open.

So you can watch it again and again to reinforce his concepts. 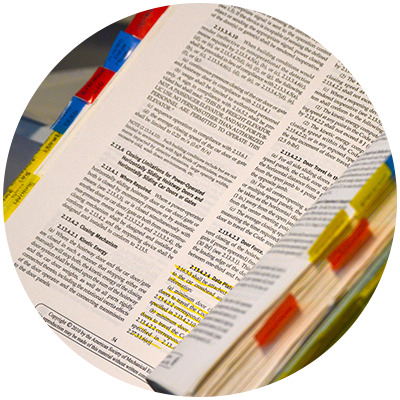 Mark includes his 109-page PDF course guide so you can thumb through it at your leisure.

So if you need a quick reminder of one of Mark's concepts, you can quickly pull up the PDF and find it.

This is perfect if you don't want to watch the video multiple times. 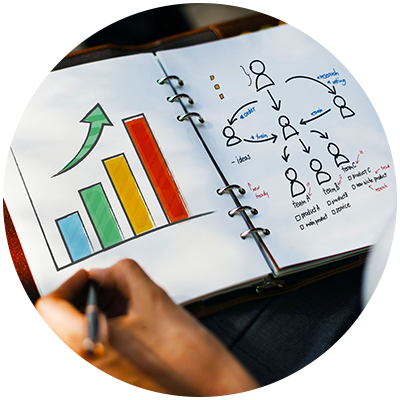 In addition to the trade examples in the main course guide, Mark's put together a PDF of additional trade examples for all your Newsbeat Bandits strategies.

Mark actually created way more charts than we needed, so we're passing them on to you!

What You'll Walk Away With

Specific Actionable Tactics for Trading the Open Like a Professional - No Guesswork Included!

The Understanding That You Can Achieve Your Trading Goals. You Just Need to Embrace a System That Works.

And Most Importantly... the Most Enjoyable Meal of the Day... The Bandito Breakfast 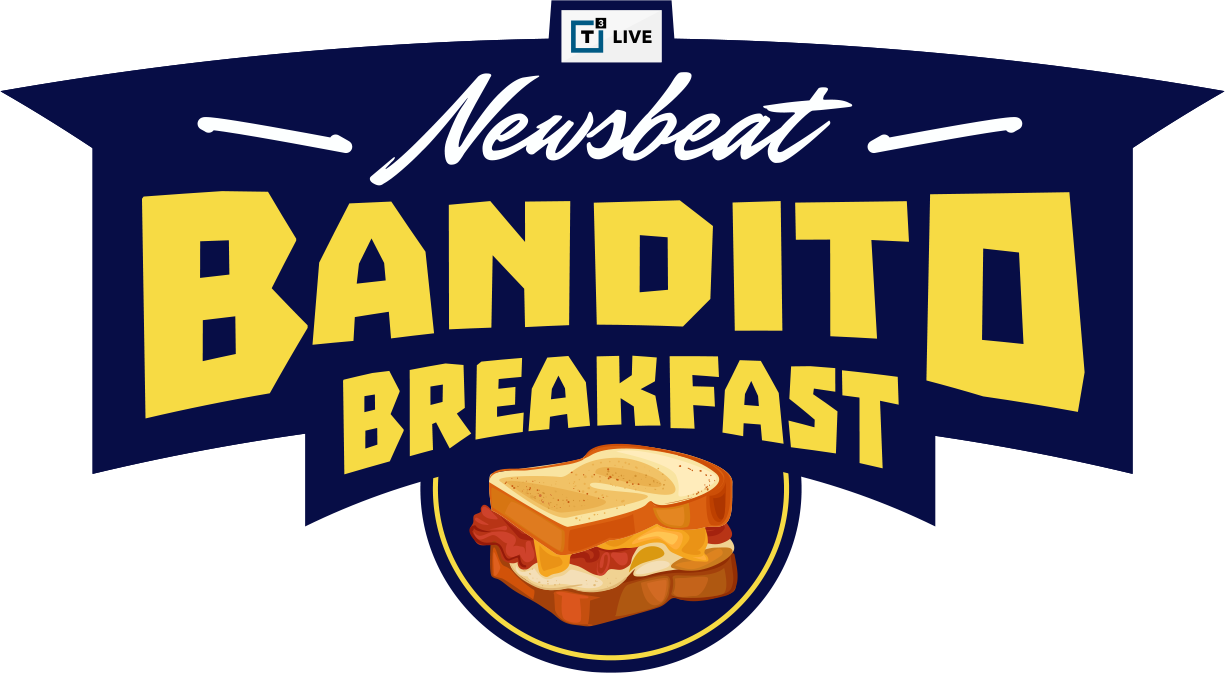 What Is the Bandito Breakfast?

If you make a big trade off the open, that's your Bandito Breakfast! 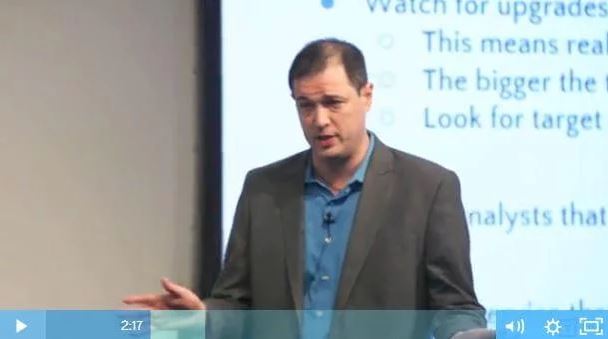 Mark Melnick has been a professional day and swing trader since 1999, when he was a 19-year old college student at St. John’s University.

Mark is the author of the classic trading book Scalping for a Living, and has trained thousands of traders in the art and science of exploiting volatility for profit.

Mark was initially lured in by the promise of financial independence during the dot-com boom.

However, he achieved sub-par results until he discovered the most important element in trading success: the ability to adapt to changing market conditions.

He has deep experience with equities, options, ETFs, and currencies, and enjoys teaching traders his unique brand of news-driven active trading.

My favorite thing about Newsbeat Bandits was the learning, the support, and ideas to make me a better trader.

This is a one of a kind course tailored to today's market. It helped me better control my psychological toxicity.

Really good class. Mark is unique in his ability to teach.

Mark is addressing things no one else does and gets deep into details.

The focus on psychology has greatly helped me to know when not to trade, and to patiently wait for proper setups.

Taking this class is a no-brainer. This is a thorough walk through of the psychological and physical tools that are needed to be a successful trader. It is an absolute bargain.

I liked the fusion of war preparation (preparing for the unexpected) with psychology and trading execution.  Mark goes into detail in his teachings and wants to leave no stone unturned.

Approaching Mark's method with a blank slate has completely changed how I view the markets and read price action.

In the 2 weeks that I've been a part of the room, I have already increased my consistency to almost 90%. My losers are few and far in between.

I would recommend the Bandits program over others I have been involved with.

Mark addresses the FOMO, overtrading on a daily basis which, in my view are two of the biggest issues traders face.

Mark gives concrete information that I believe can change my P/L.

Q: Is The Bandits Program for Day Trading or Swing Trading?

A: These strategies are for day trading, though some traders may choose to carry positions overnight.

Q: What Type of Platform and Software Is required?

A: You can use any off-the-shelf systems you want, as long as they can display simple and exponential moving averages.  (which means pretty much all of them)

Q: Is This Program Good for Beginners?

A: It is ideal if you have at least 6 months of trading experience or some market knowledge, but Mark prides himself on making things easy to digest for beginners.

If you are new to trading, we recommend paper trading the strategies first so you can get more comfortable with identifying them.

Q: Can I Package This With a Newsbeat Live Membership and Other Education Programs?

Q: How Is This Different From the Algo Buster Course?

A: Newsbeat Bandits is a complete system for trading the open, while the Algo Buster is not time-dependent. Bandits also includes significantly more trading strategies, plus additional content like checklists and missions.