Pullback, Plunge Or Panic… How Bad Will it Get?

The rare monthly SPX sell signal (only a handful of instances in the last 2 decades) that we noted at the end of August may be coming to fruition — just at the time when some savvy market watchers/money managers are exclaiming yesterday that “there is no instance where they would ever not recommend buying the dip.”

I’ve never heard anyone say something like that on TV.

On its surface, that statement gives STOPS the bird.

At its core, it is the height of arrogance in the face of the market Gods.

I’ve been doing this since the early 1980s and if there are two truths in the market, it is these:

1) In this game, only the humble survive.

2) Never confuse your position with your best interest

Because the 3 Day Chart would turn down (3 consecutive lower daily lows) and give us a chance to take the market’s temperature.

It must be noted that everything in markets is + or – and that, as the chart above shows, the day after the 3 Day Chart has turned down, i.e., Day 4, sometimes sees the market continue lower, flushing out players.

That said, on the prior instances since May, the “flush” saw the a test/undercut of the 50 day line of the SPX.

We haven’t even violated the 20 day yet, so the door is open to lower.

And the bottom line is breakage below the 50 day triggers a Rule of 4 Sell signal — a break of a 3 point trend line (in this case since mid-May).

At the same time, it must be said that a 720 degree decline projects to the 4020 region near the 200 day moving average.

Yesterday we showed the Square of 9 showing the significance of the 455 ATH (SPY). 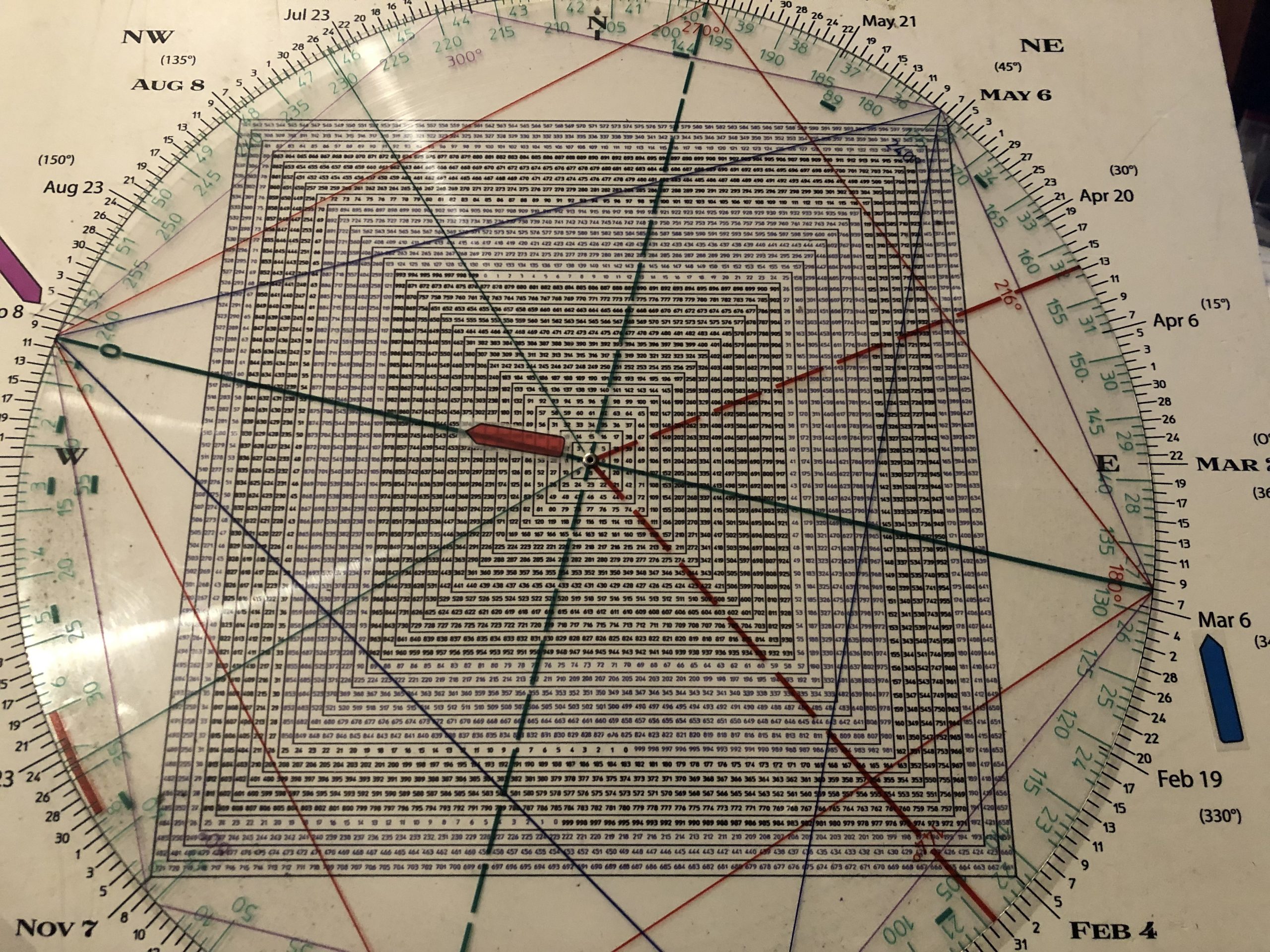 An astute fellow trader and subscriber sent me the following note:

Maybe something, maybe nothing, but the preeminent market seer of the last century, WD Gann, wrote that all major highs and lows are harmonically related.

Among other things, Gann was a numerologist.

He believed in the Law of Vibration and, like Nicola Tesla, that the universal language of math held the secrets to the universe.

It is remarkable that the 455 ATH is an octave of, vibrates off, the range of the last bear market.

In other words, the range of the previous bear market is related to the price following a vertical 540 degree advance in time –18 months — from March 2020 to September 2021.

Tomorrow’s report will show the significance of this month to the first time the NYSE closed due to panic on September 20, 1873, and how that date vibrates off the closing at the start of WW1 in 1914 as well as 9/11 in September 2001.

Previous Post Where Is Bitcoin Headed and Is It A Tell For the Market? Next Post Options In Play – Using Measured Moves As Targets On Earnings