The Elements of Panic Are Present… Again

“When a rattle of rats had awoken

The sinews, the nerves and the veins

My piano was boldly outspoken

“Bull markets go to people’s heads. If you’re a duck on a pond, and it’s rising due to a downpour, you start going up in the world. But you think it’s you, not the pond.” – Charlie Munger

In the Hit & Run Morning Report for January 25, 2018, we wrote “there are a lot of extremes in sentiment that match the extremes in late August 1987.

It ended with a thud.

We got an air pocket from late January 2018 that marked a breakout in volatility that would continue into March 2020.

It took over two years for the cycle to bottom out. That’s the thing about cycles: they are overlapping and can expand and contract, giving left or right translation (hitting somewhat early or late).

The market is not a fine Swiss watch.

In the Hit & Run Morning Report for September 27, 2018, The Hunt For Red October, I walked through the reasons why I thought “a big short may be setting up for October.

“If price is the final arbiter, the verdict from yesterday’s reversal is also backstopped by the action in the RUT.

The RUT knifed below its 40 day ma with authority, leaving an Expansion Pivot sell signal. This is a break of the 50 day ma with the largest range in 10 days and has a good record for signaling lower prices.

At the same time, the RUT triggered a Rule of 4 Sell yesterday by breaking a 3 point trendline.”

They say a picture is worth a thousand words and the Rule of 4 Sell Signal on the RUT from that report was more of a T-Rex in the coal mine than a canary… as the market crashed into Christmas 2018.

In the morning report from January 27, 2020, The Elements Of Panic Are Present, we analyzed why a panic should play out from the SPX 3330 region.

The elements of panic are present again.

Throughout July, I’ve been flagging the important of SPY 437, walking through the geometry in Thursday’s report Grand Illusion.

Below is a weekly IWM (the RUT ETF), which I am using to represent the average stock.

IWM topped 4 months ago in mid-March at 234.50, while mega-cap MAGA stocks MSFT, AMZN, GOOG and AAPL drove the SPX higher for a major non-confirmation.

A Rule of 4 Sell is breakage below a 3 point trendline.

Continuation opens the door to the 50 week moving average in the 200 region.

Notice that the 50 week moving average (which ties to the 200 day moving average) represented initial resistance on the advance off the March 2020 low.

Once the 50 week was reclaimed in JULY 2020, it acted as support on a backtest prior to a ramp higher.

There is a strong likelihood that downside follow through will see Moving Average Pinball on this break of the 20 week to the 50 week ma.

How quickly that occurs is to be determined.

However, with market internals markedly weaker now than in January/February 2020, I would not be surprised to see a waterfall decline play out.

Interestingly, last week’s drop comes from a break of 219, which is 90 degrees down from the 234 ATH. 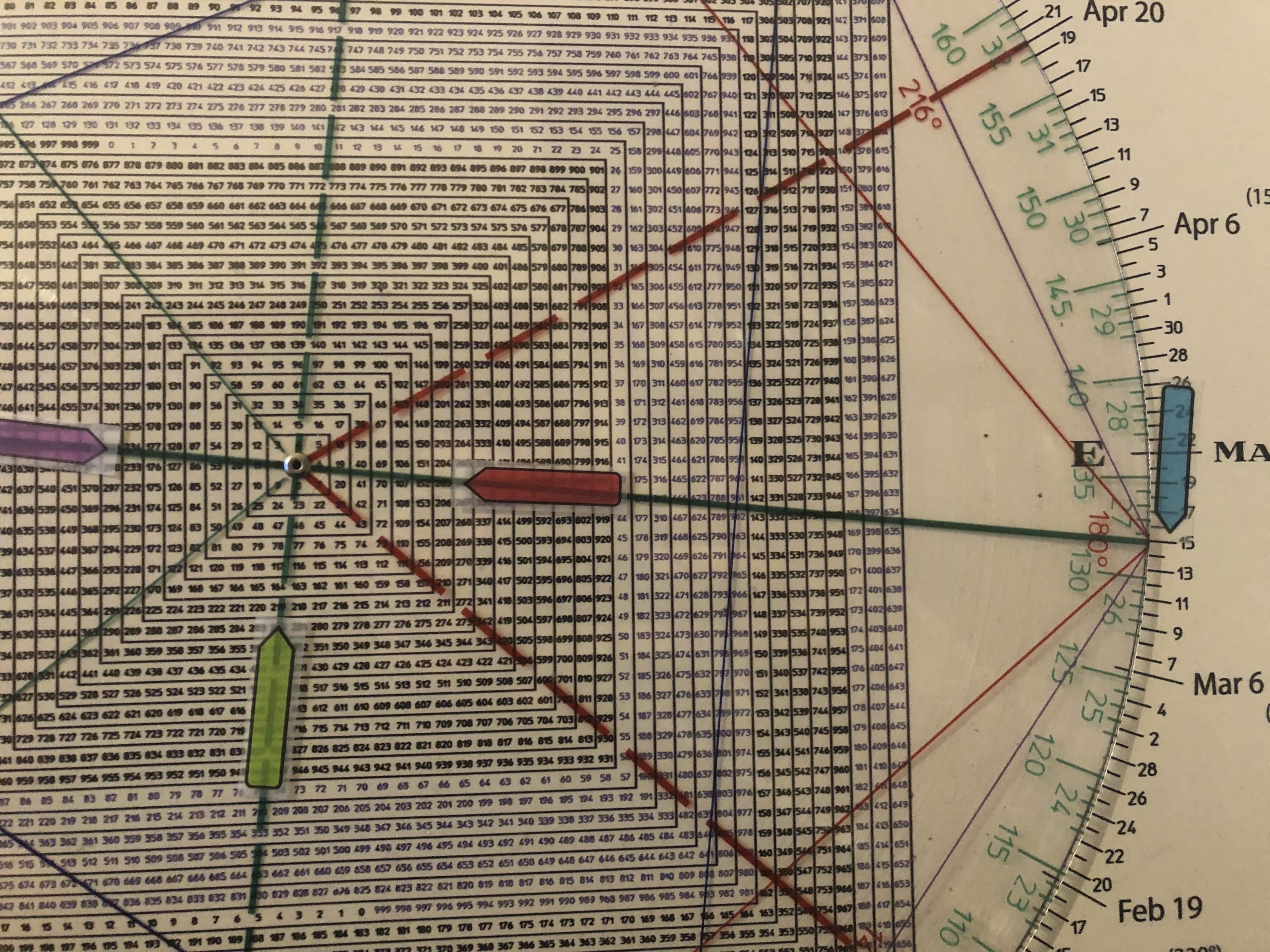 Notice how the 234 ATH is straight across and opposition March 15 for a time/price square-out.

The elements of panic are present again as they were in early 2020 when a broad array of stocks was cracking prior to the entire market structure collapsing.

Only this time, the cracks are more precarious at a time when more and more speculators have been jumping into stocks.

There have been other times we can point to that are comparable to today.

The late 1990s Dot.Com Bubble and the Roaring Twenties.

Both periods were followed by massive crashes.

Both periods exemplified the use of margin and debt for excess speculation.

The difference between the current period and the two previous periods is that the scale of what’s happening now is many times larger.

Now, retail investors are not only getting maxed out on margin debt, but many are also taking out personal loans to trade the stock market.

Things can unwind quickly when there is margin and debt and investors can lose more than they put up.

One of the factors behind WD Gann’s success was his unique use of what he called The Law Of Vibration.

The Square of 9 below shows the synergy between 92 and 21. They “vibrate” off each other as they are on the same vector here in 2021. 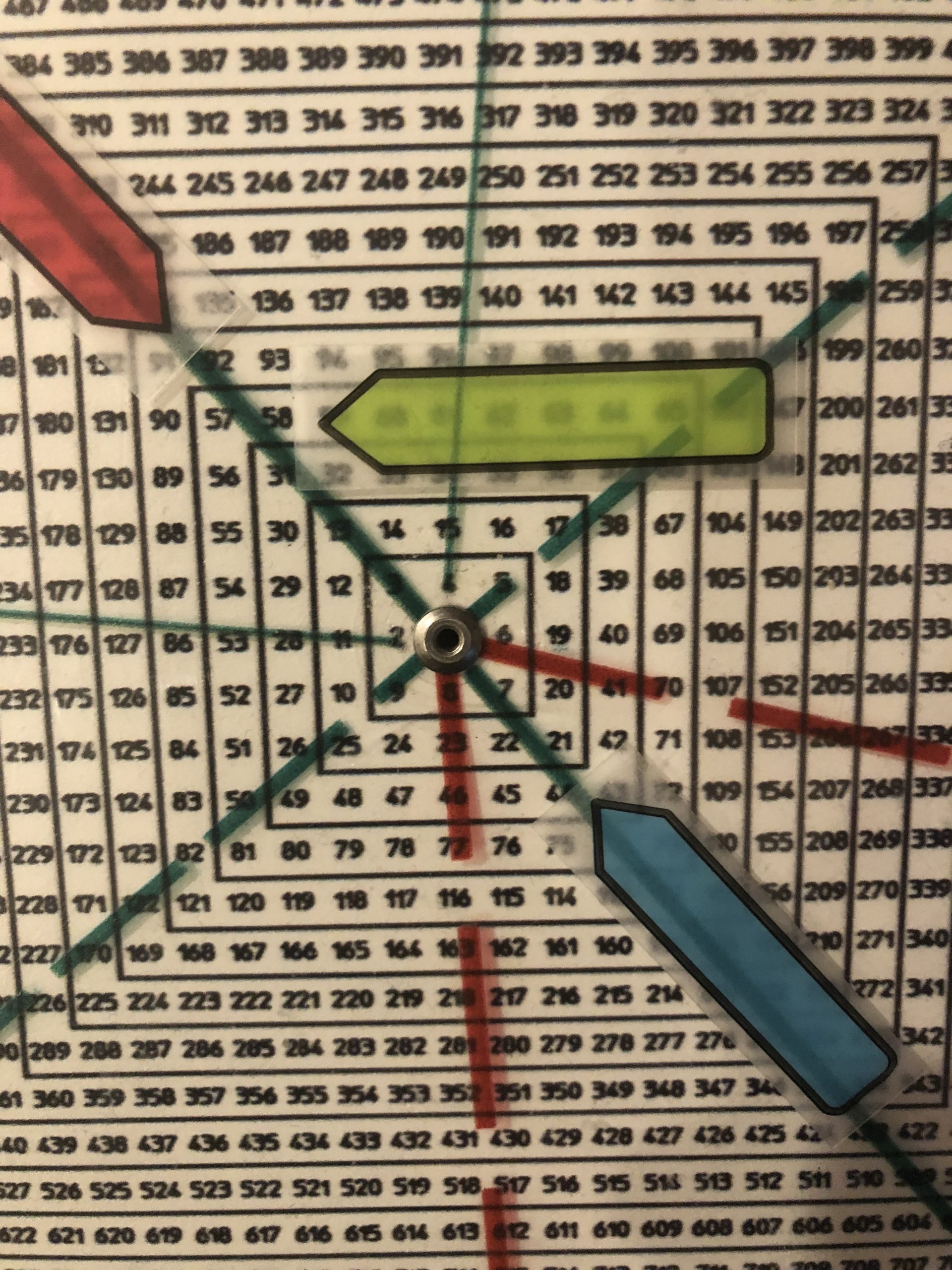 The vibration of Time and Price.

This is how the market works.

The price movement of a stock or commodity unfolds in a coherent (not random) way. This is because stocks and commodities conform to geometry and mathematical vibrations.

As WD Gann wrote, “Vibration is fundamental; nothing is exempt from this law; it is universal, therefore applicable to every class of phenomena on the globe. After years of patient study I have proven to my entire satisfaction, as well as demonstrated to others, that vibration explains every possible phase and condition of the market.”

Why can’t the Fed keep printing money and hold things up? There will be some exogenous trigger event or a psychological trigger that causes a flood of selling and the Fed won’t be able to hold things up.

This is what happened in the avalanche in 2020 when the Fed pulled out all the stops.

But another such drop, with hedgies and retail out over their skis with leverage, may not rebound so quickly — the Fed may have shot its trillions of ammo.

The Street may choke on another radioactive binge.

The second mouse may get the cheese for the bears, albeit after a Memorex rally attempt following the next waterfall.

In sum, the straw that breaks the bulls back may be that the growth sector as represented by the NAZ is selling off in tandem with a conspicuous decline in bond yields… the same catalyst that backstopped their rally from mid-May.

In so doing, the NAZ left weekly Train Tracks. Downside follow through validates the idea that a 7 week blow-off culminated in mid-July in the context of a Gann M A Top pattern — the tops of the “M” being the 14,100 region from February and April.

Black & Blue Friday/Mondays have been a rare bird since 1987, but curiously that’s exactly what we got on February 21/24, 2020 when the SPX gapped down 80 points opening below its 50 day line.