Planet of the Apes

“But I am just a monkey man

I’m glad you are a monkey woman too.” – The Rolling Stones, Monkey Man

“A fire broke out backstage in a theatre. The clown came out to warn the public: they thought it was a joke and applauded. He repeated it; the acclaim was even greater. I think that’s just how the world will come to an end: to general applause from wits who believe it’s a joke.” – Soren Kierkegaard

I’ve been trading for 35 years and I’ve never seen a parabolic bust resurrect like GME. 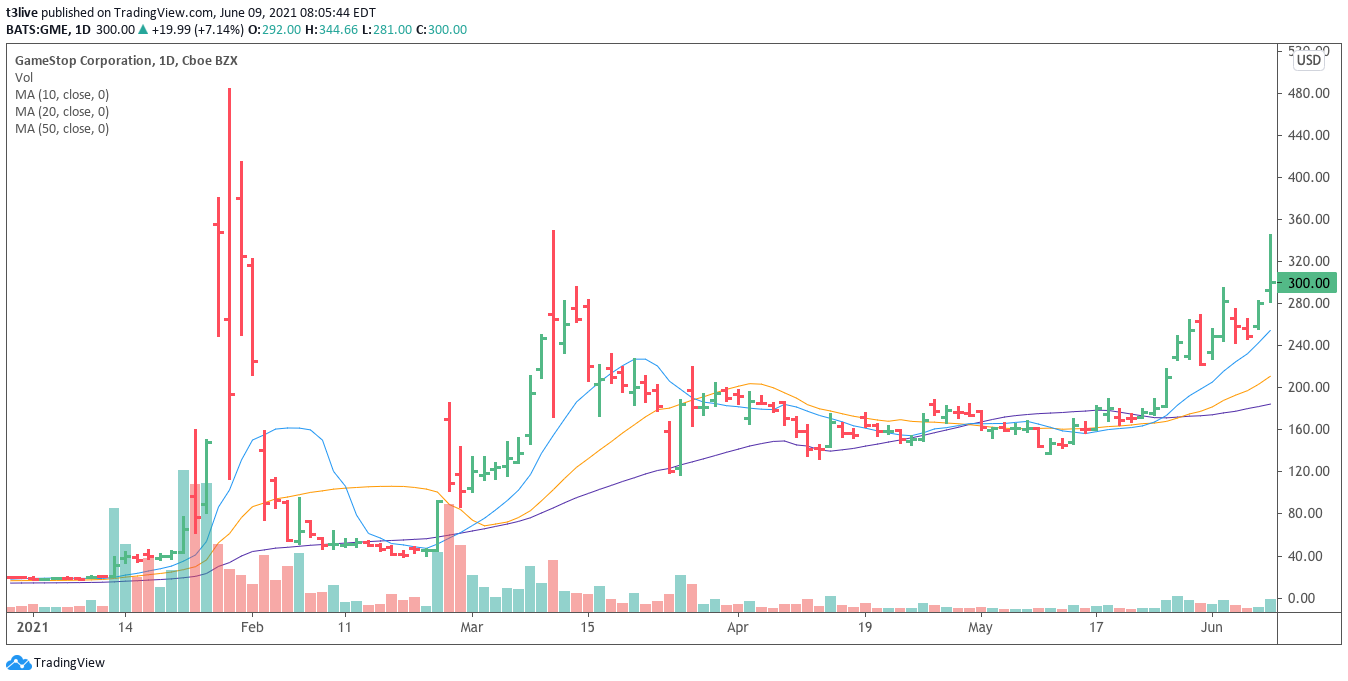 GME’s Lazarus lookalike contest has spawned what are called the Ape Trades.

AMC has also been marinating in the so-called meme juice and yesterday CLOV and WEN were sucked into the momentum matrix.

I can’t wait for a SPAC to merge with Mr. Toad’s Wild Ride.

Will the symbol be TOAD or STOOL?

Just as Dogecoin was launched as a parody of Bitcoin and gained a life of its own, these surf rides on a wave off speculation has become a hologram of a mania: there isn’t even any pretense to justify.

A new paradigm as there was with the dot.com bubble.

A concoction of social media, technology, liquidity and the rise of retail “investors” funneled into the biggest chain letter the world has ever seen — the stock market in 2021.

I have no idea how many newsletters exist today. When I started Hit & Run Trading in 1996, I don’t think there were any pure day trading/swing trading services.

The market’s become a hundred matches in a FOMO fireworks factory.

The risk is resolution of Reddit-geddon will weaken the moorings of the market.

This revolution, like all others, will eat its young.

This epic battle between Davids (retail) and Goliaths (hedge funds) may not be the Wall Street Bets warriors against the Hedgie gladiators it’s portrayed as: I can’t help but think there is a mastermind of the universe behind the scenes pulling the strings.

King Kong and the chimps.

The question is, are the chimps someone’s chumps?

But in the end, like Bitcoin in the last month, there is a “fire” yell in a theater in the next scene which will echo the scream of the shorts that have been scared out of the market.

The sideways stint in the major indices over the past month have been the culture for contagion in frenzy include left for dead names like SPCE, FUBO and STEM.

Bottle rockets such as GLBE, RDNT and TSP trump the tape.

IPO’s are the heart and soul of speculative sentiment and as such have been the tip of the bid.

To wit, names like TUYA, OLO and NGMS, which Hit & Run initiated as a long swing at 63.45 last week, are in hyper-mode.

Another interesting IPO that looks set to come out of a Cup & Handle is DV.

That the market is at a transition is evident in the Slim Jim flatlining of the indices while individual names have entered an Old Faithful lookalike contest.

Monday’s Hit & Run Report showed the following daily SPY, which continues to grind up to the intersection of two Rising Wedges.

At the same time yesterday the Q’s were mugged by that well-known Soprano Phil De Gap, who last showed up on May 4.

A daily QQQ below shows Turnaround Tuesday’s open into the open gap with a close at/near session lows.

Is it possible the Q’s are installing the right shoulder of a 4 month Head & Shoulders top? 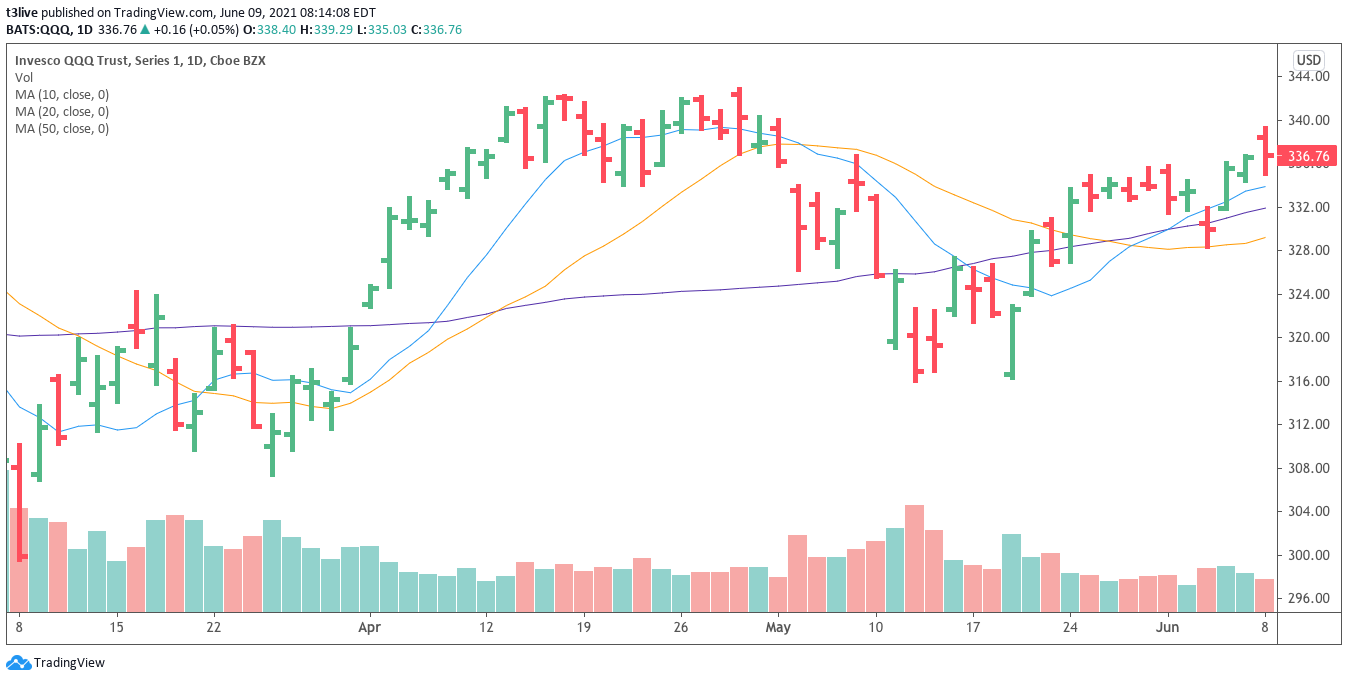 With the number of bears the lowest since Volpocalyse in late January 2018, caution is warranted.

With measures of market volatility contracting to their lowest levels since February 2020 on the cusp of the Covid Crash, a gorilla of a different stripe may be set to ring the doorbell.