You Ain’t Seen Nothin’ Yet

“And so it’s my assumption

I’m really up the junction.” – Squeeze, Up the Junction

I wrote the following in Friday morning’s Hit & Run report:

“The market is bouncing this morning after rebounding from a test of its February 10 and 11 lows… near the key 3880 region referred to yesterday.

If you look at the hourlies, this becomes clear.

Yesterday’s rebound took the index right back to an hourly 20/50 Bowtie — a convergence of its overhead 20 and 50 hourly moving averages.

This morning’s bounce takes us into Thursday’s open gap.

So it looks suspect, especially given the selling in leadership (EV’s alternative energy, 3-D printing, solar).

The Line of Least Resistance looks like a test of the rising 20 day moving average now at 3860.

Of course, this ties to the prior swing highs in January.

This becomes the Maginot Line because breakage below the prior swing highs and this 3860 region suggests January was a primary high with February a secondary high –just like 2020.”

The SPX gapped down testing 3876, just shy of striking its 20 day moving average and holding above the January prior swing highs.

However, the NAZ showed much more weakness, gapping below its 20 day moving average and decisively stabbing below the prior January highs.

On that day, the NAZ left a Gilligan sell signal — a gap up to a new 60 day high with a close at/near session lows.

This is a strategy I created in the 1990s which does a good job of defining exhaustion and Buying Climaxes.

Sometimes these are short term, sometimes they define a significant turning point.

Importantly, the NAZ also left a signal reversal bar on a gap up to record highs on February 10.

This is roughly 100 calendars from the October 30 low.

Three of the last four days since the Feb 16 record high have started with lower gaps.

With Monday’s gap knifing below the prior January high, the likelihood is yesterday’s gap was a Breakaway Gap which implies lower prices.

That the NAZ also gapped and closed well below its rising 20 day moving average suggests a drop to its 50 day line and an intermediate term trend channel (red dashed line).

This is where the rubber meets the road.

Despite Monday’s Breakaway Gap and failure to hold the 20 day moving average (Holy Grail Fail), the bulls still have a play.

Notice that the NAZ also undercut its 20 day m.a. on January 29… directly off a record high as well… which elicited another run to record highs.

However, it must be said that the rally off the January 29 low shaped up after carving out a 3 point trendline.

My take is that Monday’s Breakaway gap will see a test toward the 50 day line which also coincides with the aforesaid trendline (red dash).

I say this because the NAZ has not tested its 50 day line since late November and I think Monday’s Breakaway Gap underpins lower prices.

The normal expectation is that the first test of the rising 50 day in a long time will act as support — at least initially.

However, breakage below the 3 point trendline will trigger a Rule of 4 Sell signal, opening the door to the bottom rail of the trend channel just below 13,000.

I think there is a strong likelihood that the 13,000 region will be struck sooner rather than later.

Many growth glamours saw intense selling on Monday. Names include:

FVRR which closed below its January swing high.

Ditto ETSY which also lost its 20 day m.a. on the close.

PTON which followed through to the downside on the heels of Rule of 4 Sell signal last Wednesday.

NIO and TSLA led the EV’s down benefitting Hit & Run members who initiated a TSLA put spread last week benefitting by 400% on Monday.

Chinese names such as API, BILI and JD showed more carnage than most.

Swimming against the tide were 3 long Hit & Run plays, MGNI, LSPD and VUZI.

Hurting the growth names is the rise in 10 year yields which finally came to bear on the group.

A monthly TNX from 2000 shows the big Rule of 4 Sell signal one year ago.

TNX has recaptured its 20 month moving average for the first time since December 2018.

Breakage back above the 9 year long Rule of 4 sell signal triggers a massive Bear Trap Reversal buy signal for yields.

The vast majority of market participants think the Fed has interest rates under control.

The vast majority of market participants think that any rise in yields will be orderly.

However, a sustained move above the Maginot Line at 1.40 could see 10 year yields accelerate toward 3% more quickly than most would believe possible.

Yields are rising on inflation concerns. Precious metals spiked in concert on Monday.

Whereas the precious metal has used any excuse to sell off of late and Monday’s carnage in stocks was a good excuse to do so again, gold and silver ripped nicely higher.

As well, precious metal strength was in glaring juxtaposition to weakness in Bitcoin.

While one day does not make a trend, and we could have another false start in GLD with Monday’s rally, upside follow through suggests last week's new low for the move, undercutting the November low, carved out 3 drives to a low on the weeklies in the context of a 6 month correction.

Breakage on a sustained basis above 171 opens the door to higher prices.

For its part, GDXJ struck a new low for the move at 47 last week.

On the Square of 9 Wheel, 47 squares late February, so this week’s close looks like it’s going to be important. 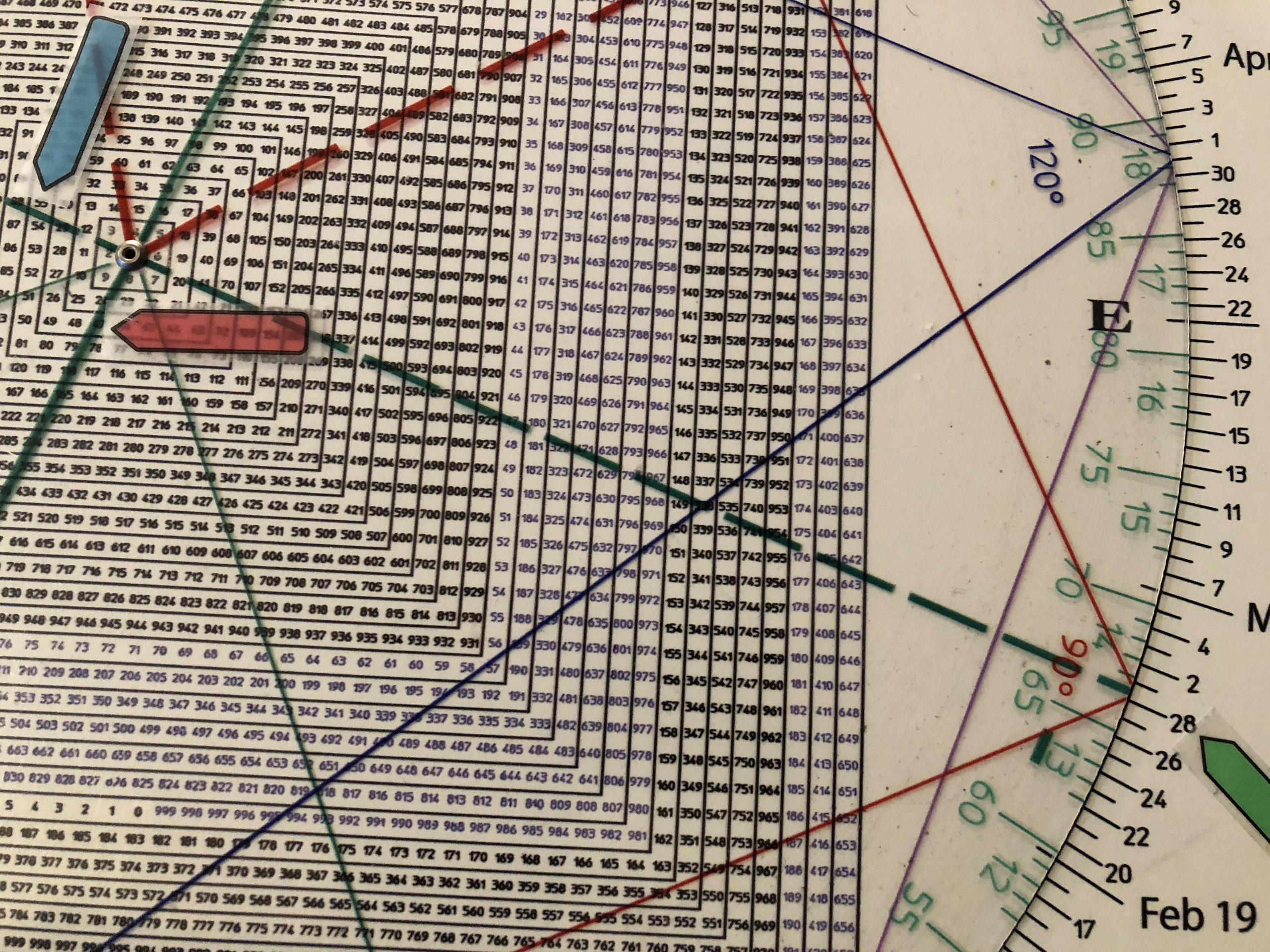 Consequently, clearing and holding above 50 puts GDXJ in a position to extend.

GDXJ’s price action this week will be critical if a trend change to the topside is on the table.

Silver continues to outpace gold as evidenced by Monday’s strength in silver miners AG and EXK.

Notably, on Monday, EXK cleared the Spike & Reversal high in the miners from three weeks ago.

If it follows through it may be a tell for the rest of the group.