Is There A Big Kahuna Comin’?

“Well it’s been building of inside of me

For oh I don’t know how long” – The Beach Boys, Don’t Worry Baby

Likewise, while Main Street continues to see the worst of times due to the pandemic.

On Wall Street, post the March Covid Crash, it has been the best of times.

All I read about is what superb shape the market is in and how March marked the bottom of a bear market.

With 4000 in spitting distance, what now?

Is my view that a major “correction” looms wrong?

When the market started down two weeks ago leaving a Key Reversal Week, it looked like something more than a shakeout had started.

However, we warned at the time that the pattern from January/February may be playing out.

It was the first test of the 50 day line since October.

The test of the 50 day perpetuated a rally to nominal new highs on February 19, setting up a Trap Door.

This year, the SPX gapped down on January 27, testing the 50 day moving average in short order.

Of course, the percentages are much different, but we’ve seen 200 points in half the time currently.

Perhaps this week will see a further blow-off fully satisfying our 4000 target region.

So let’s not go kissing each other just yet, because this is exactly what happened last year prior to a plug pull.

Subscribers crushed it last year as we bought VXX calls into the new highs in February on the presumption that a secondary high was on the table.

The coming days/weeks set up as a turning point again, not just because we are 360 days/degrees from last year's pre-crash high, but for several synergistic time and price considerations.

1) Early March is 180 days/degrees straight across and opposite last September’s peak, which preceded an air-pocket.

3) March 24 will be the 21st Fibonacci year from the 2000 Bubble Top. March 24 will also mark 144 days from the important November 2 impulse of the test of the September 24 low, which elicited the subsequent runaway move underway.

4) The following weekly SPY shows the last major swing low of 319.80 from September 24.

The March 6 anniversary is square a price of 394. 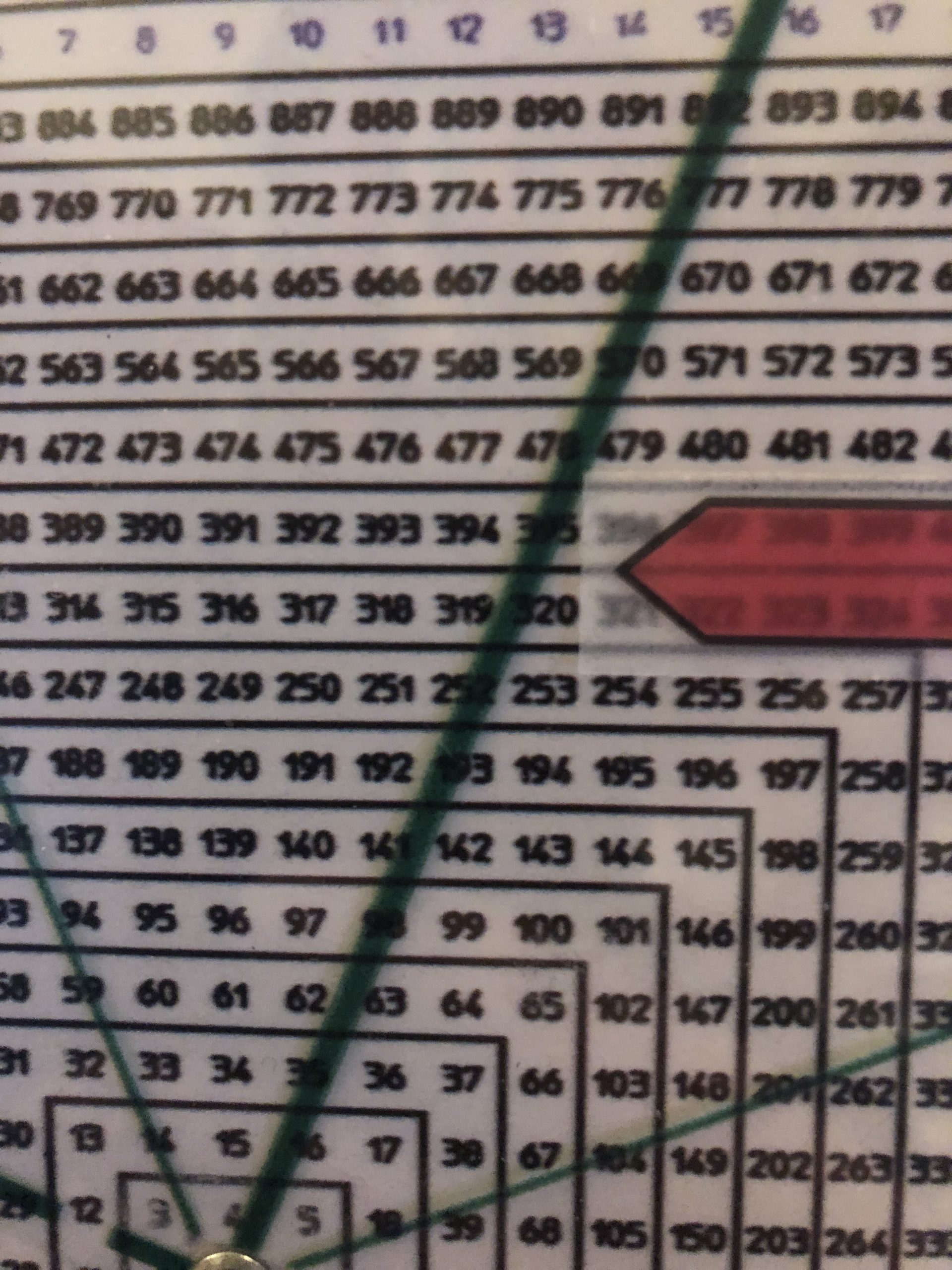 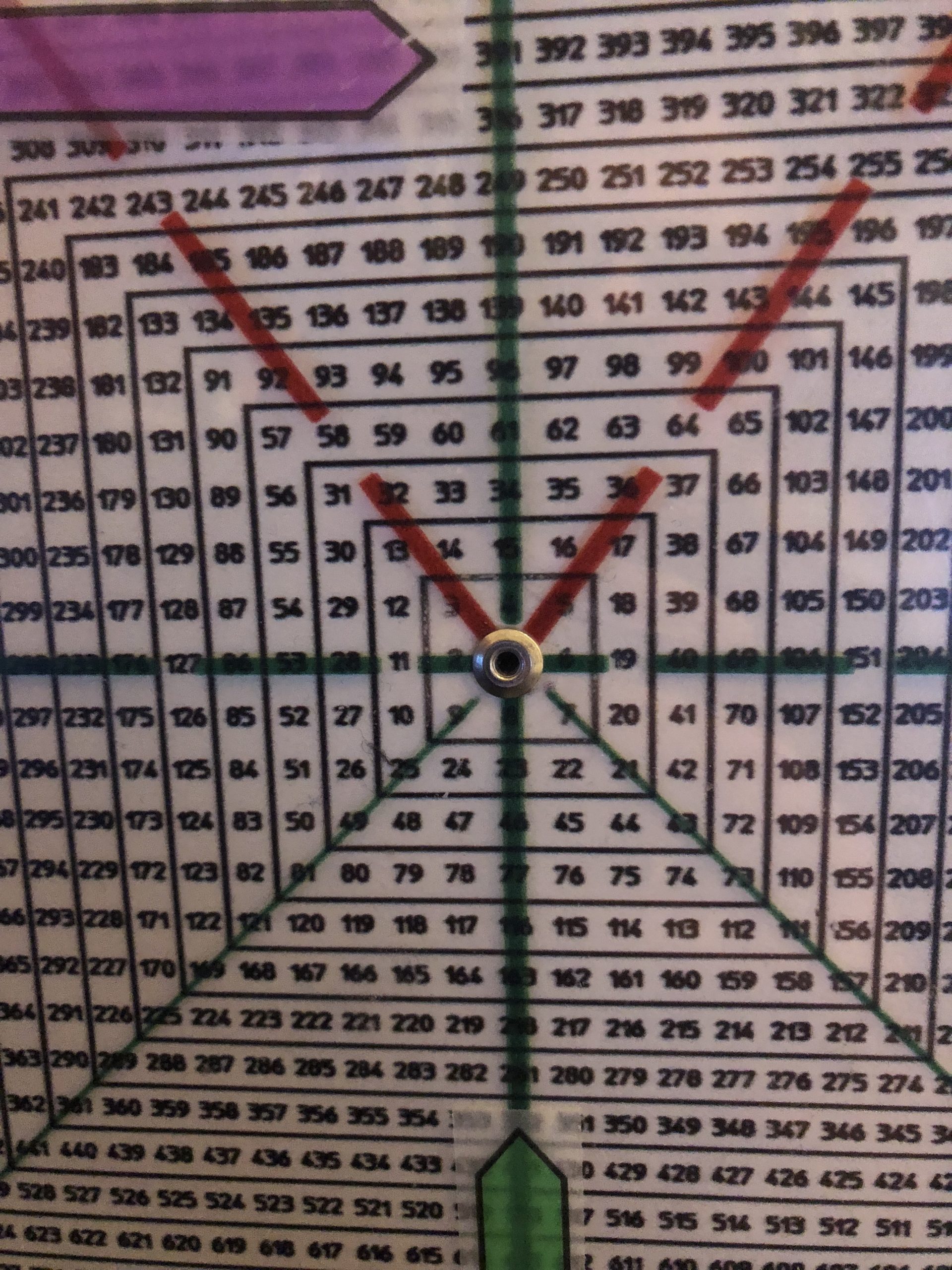 Notice that 218 is square late March for a time/price square out at the March crash low.

In other words, the price low and the date of the low squared-out.

Tell me how the market is random.

Notice that 411 is the next 90 degree decrement higher and vibrates off the March low.

The takeaway is that if 391-394 is cleared on a sustained basis, it opens the door for a possible continued blow off to 411.

So institutional FOMO could be on the table for quarter end… just like 21 years ago. 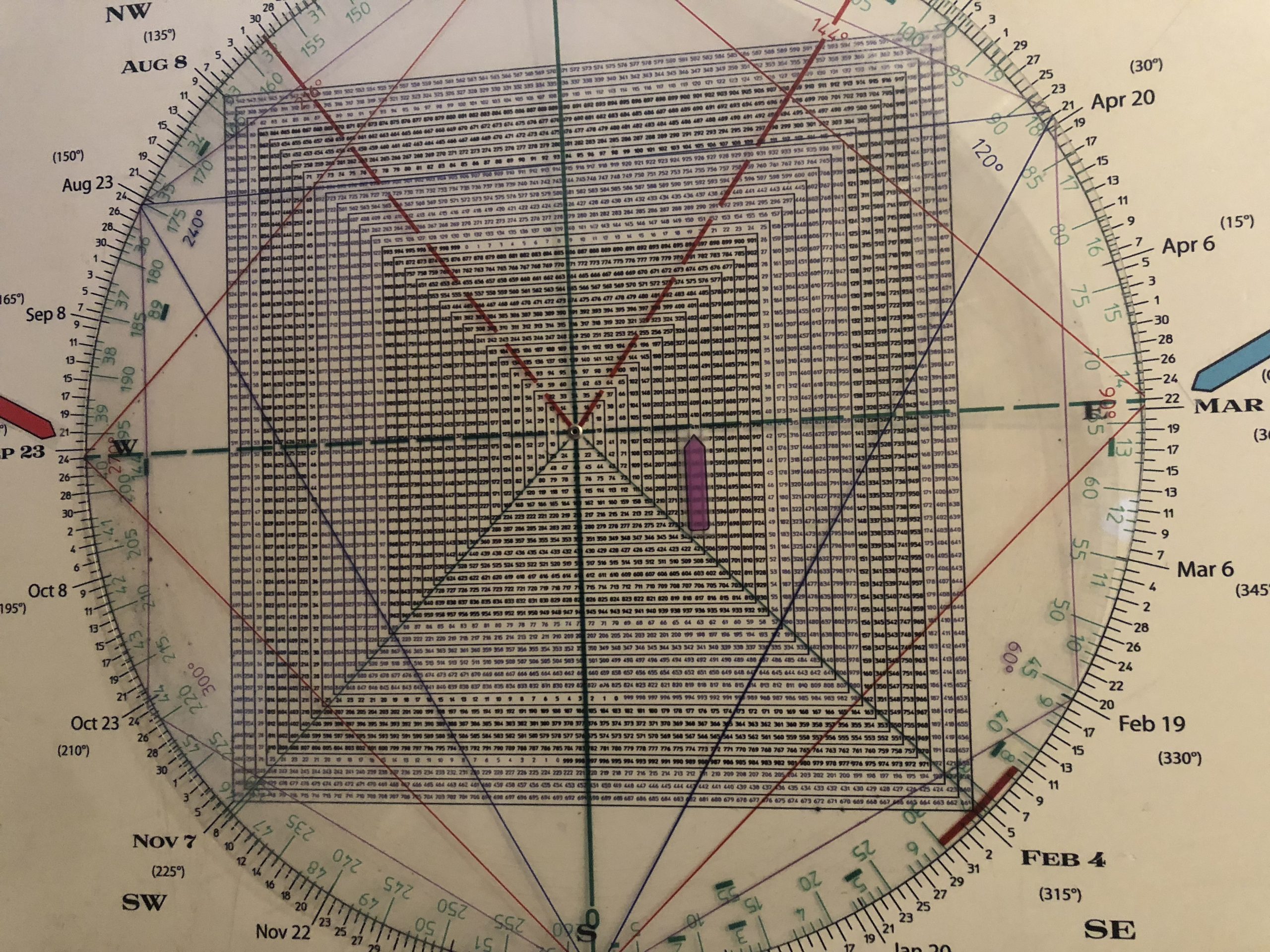 Volatility precedes price, and that bout of vol last fall with a double bottom on October 30 set the stage for a Runaway Move.

With early March being 180 days/degrees from the September 2 peak, the takeaway is early March sets up as a turning point.

Early March is also on the radar as it marks 144 Fibonacci months from the March 6, 2009 bear market low.

The primary low from the last bear market occurred in November 2008.

The March 2009 low was an Undercut Low, a secondary low.

And, interestingly, 144 Fibonacci months from November 2008 saw the start of the current Runaway Move last November.

If the runaway train continues to plow ahead, this time frame between here and March should mark an important high.

Alternatively, a sharp downdraft could mark a low.

This train left the station on November 2.

So we have two 144 degree measures on the table, one in months, one in days that point to MARCH.

When cycles and price projections cluster, in my experience, there is a greater likelihood of a turning point.

Conclusion. More than any other time since the 2009 low that I can recall, the last two weeks' Spike & Reversal down then up has conditioned investors to embrace what some are calling “a nice little shakeout.”

More than a buy the dip, this was a frenzy to grab a falling knife.

Maybe it’s just me, but the move we saw last week feels orchestrated, manipulated –likely to circle the wagons for the hedgies getting hurt by the Wall Street Bets crew and the message board gangs.

The dips are shorter, sharper and come back stronger and higher. Classic compulsive price action amid hyperventilating sentiment in keeping with the notion of a Buying Climax.

The vast majority of investors now believe that all corrections are not just gifts, but that immediate gratification lies in their aftermath as stocks “V” out of pullbacks. There’s no basing in these markets. There’s no crying in baseball.

And these V-Thrusts out of pullbacks occur in the midst of a persistent pandemic.

I can’t help but compare the current ramp to that of the 1st quarter of 2020 when the market partied after the Y2K fears proved a non-event. Now the market is celebrating The Reopening.

Then, like now, is it getting to be as good as it gets.

The narrative is the pent-up demand when the Reopening happens in earnest will see the economy explode.

Investors are buying in anticipation of that.

Who’s left to buy when it happens?

And what if it doesn’t?

There are some who say that the market can melt up for years from here, a la the pattern from the Roaring Twenties after the Spanish Flu pandemic.

We don’t have that pattern currently. Is the market really going to melt-up on top of a melt-up, whole hog so to speak, without the benefit of pulling the rubber band back first?

Anything is possible, but only if this time is different.

At the bottom of these V-shaped comebacks is the belief in the Fed backstopping the markets.

This has fostered a belief that not only can’t the market be timed, but it’s silly to try to do so because they always comeback. I think I have demonstrated in the above examples from March and last fall that the market can be timed… and priced.

Another day, another SPAC. BILL is upgraded and it goes up 45 points. Not on earnings, but an upgrade on OPEX.

Small trader call buys are off the charts, dwarfing the data from 2000.

Big money has been here before. Many money managers recognize the signs.

They know they are going to get hurt as that which rises sharply can fall even more sharply without much warning.

The enigma is that they must compete with their counterparts… especially into the end of a quarter.

The sword of speculation cuts both ways. While they must maintain bullish exposure and play, institutions are so big that they also must sell into strength.

Consequently, markets can turn on a dime; many traders cannot

“The wavelike movement affecting the economic system, the recurrence of periods of boom which are followed by periods of depression, is the unavoidable outcome of the attempts, again and again, to lower the gross market rate of interest by means of credit expansion. There is NO means of avoiding the final collapse of a boom brought about by such credit expansion.” – Ludwig Von Mises

But then Janet looks in my eyes and says don’t worry baby, we’re “unlikely to have another financial crisis in our lifetimes.”

I guess it comes down to how you define “unlikely.”

What is more than likely is that at the end of the day, the market is stronger than the Fed.