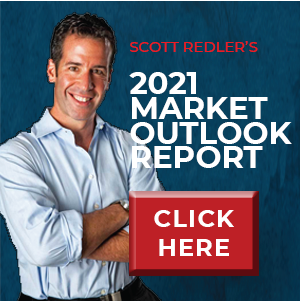 Following the SPX/NAZ Runaway Move into September 2, the SPX has been more of a tennis ball while the NAZ leaders look like broken eggs.

For example, the SPX has bounced back with vigor off 2 big breaks… the one into September 24 and the break into October 30.

The latter perpetuated a new high close above the prior Sept 2 record high.

While Manic Monday, November 9, did not establish a new SPX closing high, the last 3 sessions have scored new closing highs — albeit they remain in the shadow of the Manic Monday 3644 Spike & Reversal high.

At the same time the NAZ Pinocchioed its September 2 high, it has never satisfied a new close above the September 2 high (a top-tick high I might add, meaning that the session closed virtually at session highs).

So we have an SPX/NAZ divergence on the table and the jury is out.

When the jury is out, I turn to the growth glamours, the leaders, that we traffic in.

These are the names that we came to the party with and that we should leave with.

They have acted more like broken eggs than tennis balls. Of course, stocks heal and repair their patterns and that is always possible. After the Acapulco Cliff Dives that these names experienced off their September highs, they may be in the repair phase, but for the moment the mantle of leadership, with several notable exceptions which I’ll include below, has passed to a lot of cat and dog junk stocks that are screeching and barking.

The glamours that cracked like eggs started with FSLY and include TWLO, OKTA, CRWD, ETSY, OTRK, PTON and ZM.

The notable exceptions on my Hit List include APPS, TWST, APPN, NET and ENPH.

The two lists above are by no means meant to be all-inclusive, but as examples of tennis balls and eggs.

How the divergence between the SPX and NAZ will be resolved will determine how the market behaves into year end.

If the NAZ plays Ketchup, then the SPX could push to our idealized 61 squared level of 3721 into late December.

CRWD and FSLY are two examples of former leaders that are trying to turn the corner.

Last Tuesday, CRWD struck a new low for the move from its early September all-time high.

In so doing, it undercut the prior swing low from October 30 and reversed, leaving a Soup Nazi long setup.

It followed through to the topside, turning its 3 Day Chart up on November 13 as it backtested its overhead 50 day line.

We shorted it and carried it over the weekend and it paid off, gapping down on Monday.

However, the downside was brief. CRWD carved out 2 consecutive lower daily lows with the 3 Day Chart pointing up on Monday. As we know, this put it in my +1/-2 buy position.

We flagged CRWD on the private Twitter feed yesterday as it followed through reclaiming its 50 day m.a. again.

Whether the second mouse will get the cheese this time with a successful recapture of the important 50 day we’ll get to see sooner rather than later.

It may be that CRWD traces out a declining 3 point trendline from this area and pulls back a tad before triggering a Rule of 4 Breakout, which should propel it to test/exceed prior all-time highs at 154 (notice how CRWD left a Gilligan sell signal on November 13 from 154).

Granted, CRWD is just one name, but TWLO is also threatening a Rule of 4 Breakout.

So this is the situation we find ourselves in with respect to the glamour guidance. Will they continue to carve out lower highs or will they breakout above their series of lower highs?

December 2 is 90 days/degrees from the September 2 all-time high, which presents a turning point time-frame.

This morning I will send out a short-term SPX which shows a price channel from Nov 16.

At the same time, a declining trendline connecting the Sept 2 high with the October 12 high is at the 3520 region.

That is key support on any decline. Breakage back through the 3588 September high that is sustained should elicit a test of 3520 (the 350 SPY strike into Friday’s Opex in play?)

Alternatively, breakage above 3620 that sees momentum could signal a run to the 3721 region.