Even a Dead Cat Will Bounce – T3 Live

Even a Dead Cat Will Bounce

“It is literally true that millions come easier to a trader after he knows how to trade than hundreds did in the days of his ignorance.” – Jesse Livermore, who made the equivalent of $1.2 billion in the 1929 crash.

Another wild ride overnight in the futes. That said, this is the first Monday in a while we haven’t woken up to limit down.

Interestingly, Friday’s big gap down followed a green spike on Thursday’s runoff mimicked the late rally on Friday March 13 that was followed by the next session’s (March 16) massive down side gap.

These look like a clear case of “trading shorts with the shorts,” who get squeezed out at the bell.

I created a series of short-term channels defining micro support and resistance shown on the above 10 min SPX.

An early rally looks suspect unless the index can reclaim and hold the 2580 region.

Additionally, Friday’s expected sell-off came after the SPX approached its overhead 20 day moving average in league with a turn up in the important 3 Day Chart.

It may want to fully test/Pinocchio the 20 day m.a. now at 2657 before a genuine reaction.

It must be said that the SPX did not trade below Thursday’s low on Friday. So the pullback did not turn the dailies down.

The normal expectation after a momentous turn up in the 3 Day Chart is for 2 consecutive lower daily lows.

I say momentous turn up of the 3 Day Chart because it was a 20% move in 3 days, albeit it came from one of the deepest oversold conditions in history.

This 20% rally is in keeping with the strong rallies after the initial panic legs down in the crash phases of 1929 and 2008. New lows followed.

It looks like a complex wave 4 is being traced out versus a simple wave 2 countertrend rally into March 4.

As regular readers know, we use our 3 Day Chart Method and 3 Week Chart Method to determine the secondary trend and primary trend respectively.

Notice that the market sent a blaring warning when the SPX 3 Day Chart turned down directly off its ATH on a Breakaway Gap on February 24.

Interestingly, the 3 Week Chart did not turn down (with 3 consecutive lower weekly lows) UNTIL LAST WEEK.

It marked a trading low.

This shows why time is more important than price.

The market rebound didn’t start from a particular level, but only after a turn down of the 3 Week Chart had been satisfied.

The market should recognize that number if it gets down there.

Notice on the above 10 min chart that 2280 ties roughly to the bottom rail of the trend channels.

March 23 was a significant time-frame to look for a near-term selling climax for other reasons:

1) It ties to the anniversary of the SPX all-time high from March 2000. 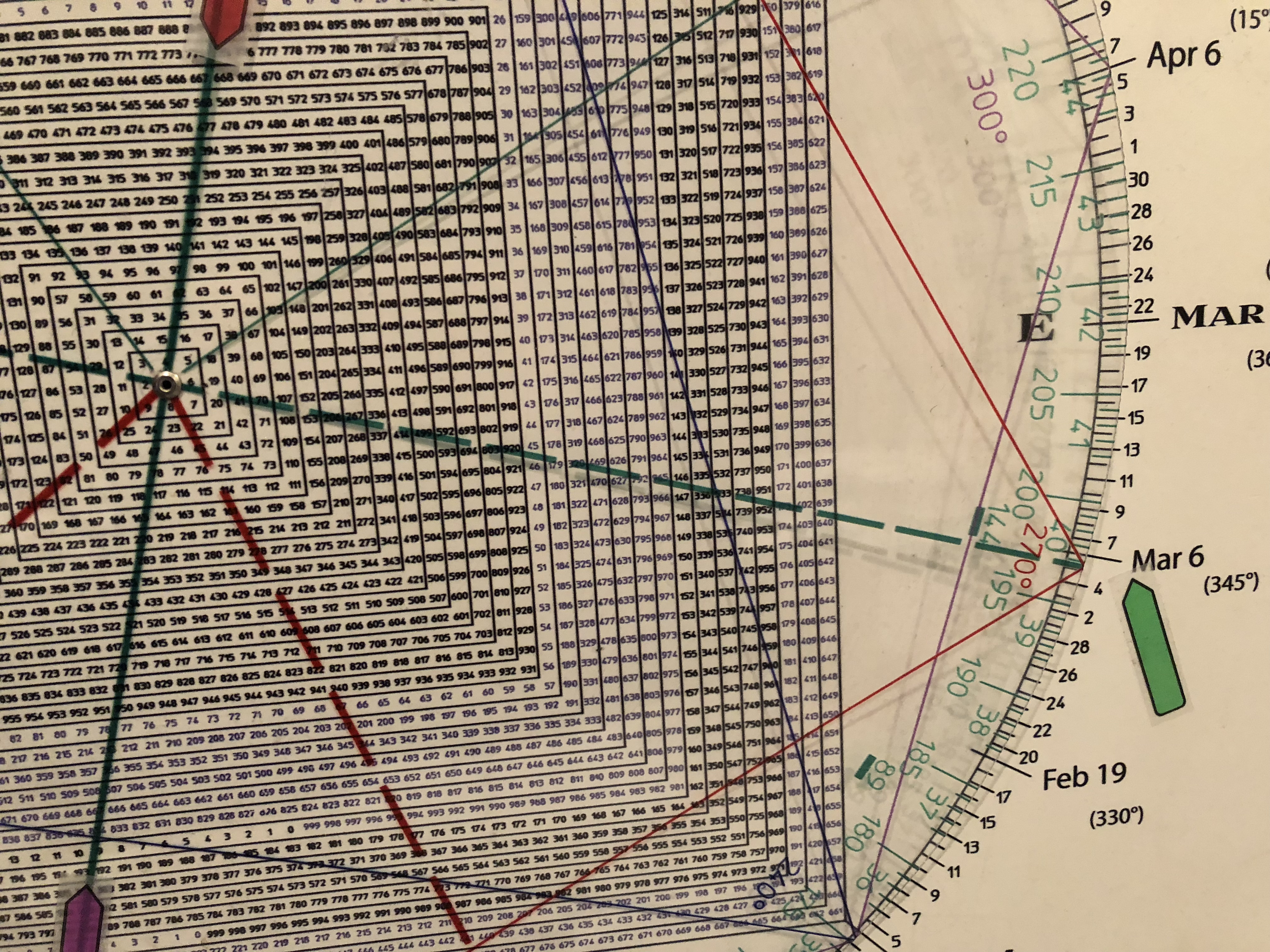 You think it’s possible the market is not a random walk?

You think it’s possible that the market can be timed?

Strategy. Based on the aforesaid time/price harmonics, the bounce from 2192 on March 23 may have more legs than the Street suspects — especially given that last week’s reversal knifed back up and held the December 2018 Selling Climax 2346 low.