“The risk of low inflation is greater than higher inflation.” – Jerome Powell, December 2019

“At this juncture, however, the impact on the broader economy and financial markets of the problems in the sub-prime market seems likely to be contained.” – Ben Bernanke, March 2008

“Shine until tomorrow, let it be” – The Beatles

Today the Fed kicks the can down the road.

Yesterday the December 15 tariff got kicked down the road too… presumably. The market's reaction gave up the ghost quickly.

The market is getting tired of the boys who cry deal.

Today’s Fed Day is going to be muted. There is little expectation for any news out of the presser.

The Fed tells has been trying to stoke inflation for 10 years.

Inflation is roaring. It just depends on where you look. Millennials have been inflated out of life. They can’t afford a house.

With its low interest rate policies, the Fed has committed genocide on savers and the middle class.

Boomers have been force investing toward retirement at the peak of a bubble and won’t be able to retire.

With costs for college, health care and housing on the rise, Powell said in a speech (in Providence, no less) last month, “Nobody seems to be complaining about overall inflation running below 2%.”

Retail investors have been pulling money out of the market at the fastest clip in decades — during the longest bull market in history — for a reason.

The reason is that they can’t earn a dime on savings. They must eat into their seed corn to survive.

You gotta ask yourself… why are Central Banks buying gold for their reserves at the fastest pace in 6 years?

By the time the Central Planners at the Fed Politburo get the amount of inflation they want to see in their engineered market's methodology… the point of recognition that it is roaring will have sneaked up behind us like a bit of lead pipe. They won’t be willing to do anything about it except whine because the consequences will be too painful.

And gold will gleam.

Over my 35 year trading career, first at the famous Drexel Burnham Beverly Hills office, then running a hedge fund and then as a private trader, I have learned that fundamentals such as earnings are not the primary determinant.

Group psychology is the primary mover. And it takes TIME to turn trend.

The study of psychology is cycles.

Markets tell us where they’re going next by their patterns and repetitions.

Master trader W.D. Gann stated “Vibration is fundamental, nothing is exempt from this law; it is universal, therefore applicable to every class of phenomena on the globe.”

Why do patterns work? Replication is vibration… by definition.

A cycle is also a vibration repeating in time.

By understanding the language of the market, we can make a prediction of the most likely line of least resistance.

The question is whether artificially engineered interest rates and equity markets have broken the signals.

Of course, near the top of all bull markets, and near the bottom of all bear markets, this is the cry.

Cycles suggest the tension is on the tape going into 2020.

Today’s bottle rockets in the biotechs are the dot coms of 1999.

The 20 year cycle is most important component of Gann’s Master Cycle.

I expect the market is carving out a top going into 2020.

I can’t help but wonder whether the market is putting in a 2 year distribution phase since the January 2018 top.

January sets up as a major turning point.

The next two years will see some intense swings

“The next crisis is likely to arrive without a warning. Prices used to be the proverbial canaries that flashed red in advance, but no more — central banks got all of the ‘canaries' (repos, bonds, etc.) hooked up to oxygen and they will keep chirping happy tunes to the very end.” – Simon Mikhailovich

A 10 minute PTON below shows the waterfall decline to the 31 region.

Often the simplest tool, like a straight line, is the best tool.

Checking a daily PTON shows the magic of trend channels.

Notice the high on the 3rd drive to the top of a trend channel on the dailies.

PTON looks set to fully test 31 and its 20 day moving average in keeping with the Principle of Squares. 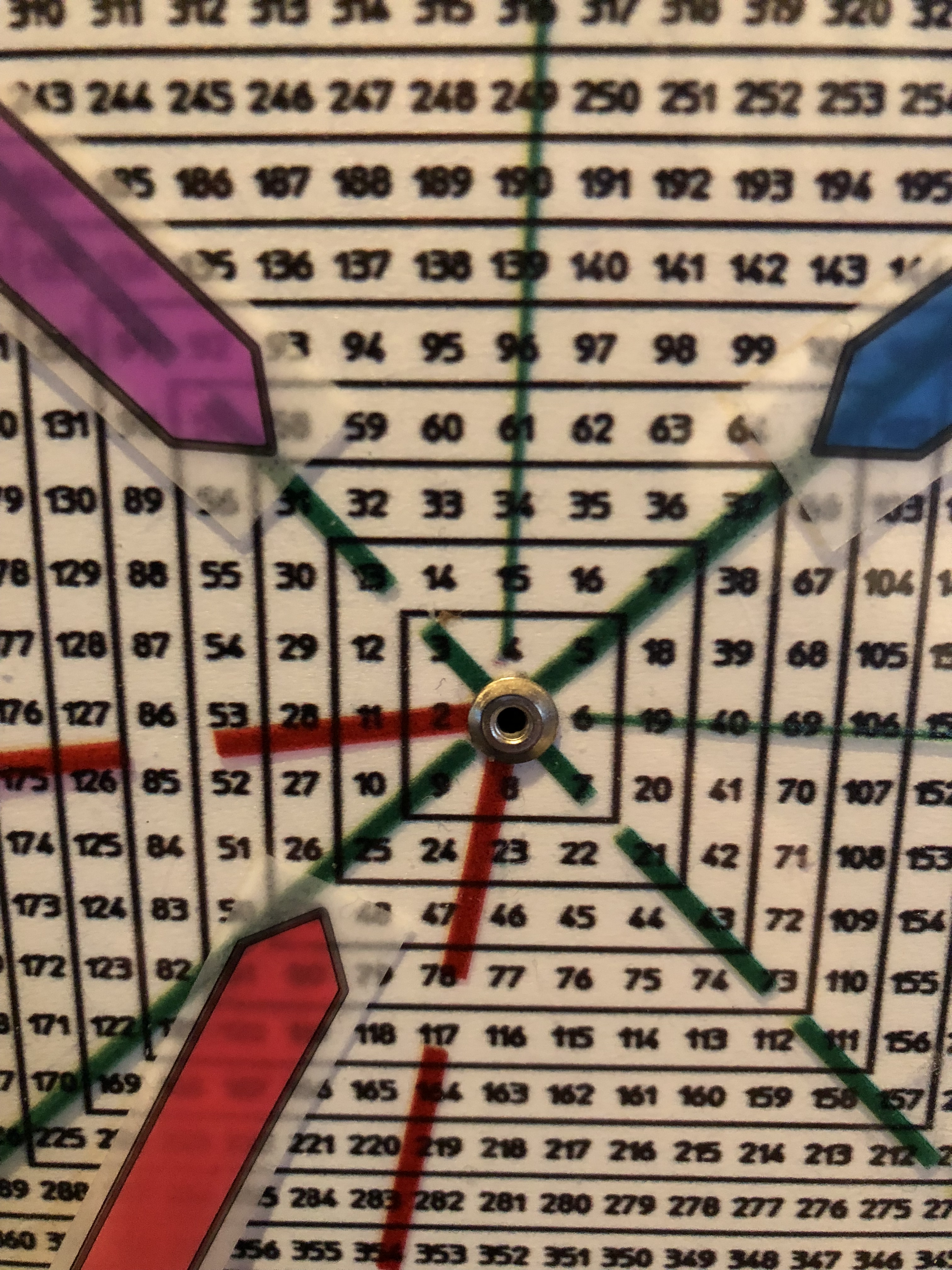 Notice that 25 ties to a Ghost Line from the November breakout.

The indication is a sustained push below 31 will see the breakout point near 25 tested.