Timing is Everything – T3 Live

“This set of circumstances is unsustainable and certainly can no longer be pushed as it has been pushed since 2008.

That is why I believe that the world is approaching a big paradigm shift.” Ray Dalio

I usually address technical in this letter, but there is a crescendo of market participants saying that technical have been trumped by central bank manipulation and you can’t fight it so “just go with the flow… ‘they' are going to print far more than anyone thinks.”

Well I submit ‘they' have reached the point of “far more”.

Powell is on a run rate to print $1.5 trillion in the next year with markets at highs and the unemployment rate at 3.5%. More than Bernanke did at 9% unemployment and a financial melt-down.

The proverbial frog in the pot seems to be the Fed in a box.

There is a failure of many market analysts to recognize the burst of any specific bubble will likely set off the popping of many others as the collateral base implodes and market liquidity drains off.

The true bubble is that you can print liquidity to keep the economy going.

The market has become the market. It just doesn’t reflect the market.

It has become the lair for the excess liquidity.

But big money isn’t stupid. Someone keeps selling the growth stocks when they try to rally, despite the SPX striking new highs.

Is Powell on the level? Is he seeing something?

Or is this truly a preemptive strike?

I think the problem is debt is out of control in all sectors, and if rates rise, it’s the end game.

Consequently, we get an attempt to keep a lid on another leg up in gold.

“The real manipulation is not of gold but of confidence. Investment demand for physical gold is inversely correlated to confidence, i.e. It remains anaemic because confidence remains high. However, every confidence game ever tried has ended with a loss of confidence and so will this one.” Simon Mikhailovich

Gold is not so much a reflection of inflation, but of confidence in government.

It’s always a matter of how long the unsustainable can be sustained.

Every bull market conjures up the ghost of Keynes who said, “Markets can stay irrational longer than you can stay solvent.

That’s not a bromide.

In my work stocks, bonds and gold look like they are at a turning point… if not a tipping point.

The SPX has virtually satisfied the 100% Rule doubling its March 2000 high on the 20 year cycle.

Now that Octoberphobia has scared all the bears with a 225 point move in weeks off an October 3 low, obviously the coast is clear until year end. Right?

There is some good symmetry here as the one month blow-off into the March 2000 top was 225 SPX points.

Those distribution phases were 5 months and 3 months, respectively.

Arguably, now the divergence has been going on for 22 months since the late January 2018 top.

This, of course, leaves the market vulnerable to sharp C wave decline.

Many market participants believe the market has a lot of breathing room here with the breakout over the July 3028 peak. But if the SPX knifes back through this region with authority, a Trap Door could open.

The daily and hourly TLT charts below show it is at a turning point. 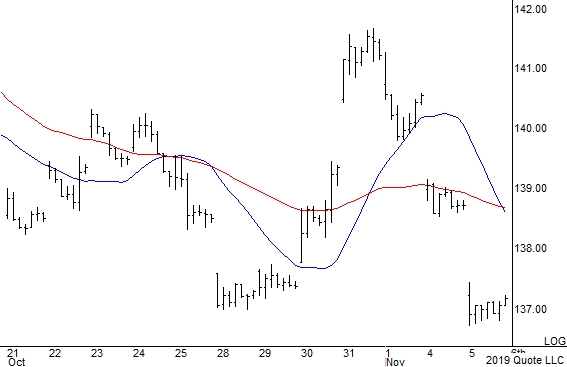 It looks like this is where the rubber meets the road… just as the SPX is coiled below 3100. 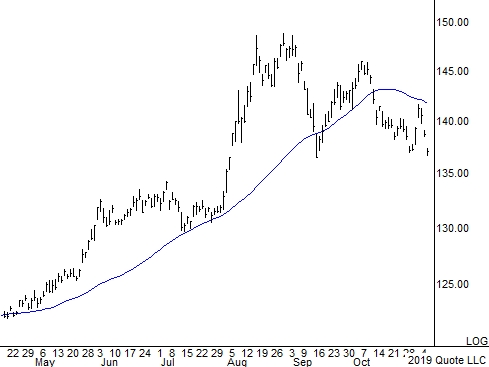 Gold got hit yesterday, but as subscribers know we have been looking for this week to be an important cycle low in the precious metals.

If this is correct, gold should reverse out Tuesday’s loss by Friday.

Subsequent to September’s high in gold, the gleam has come off the summer run in the eyes of many players, but a look at a monthly GLD shows the “damage.” 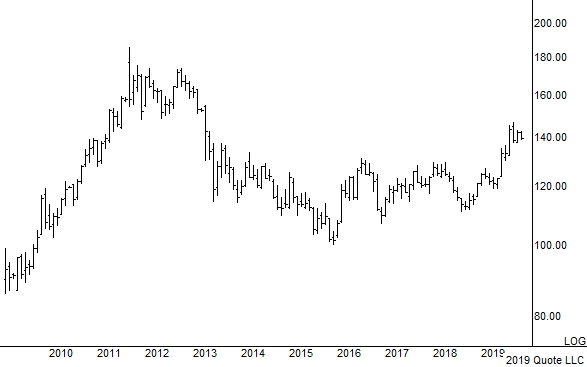 A turn to the topside from here that offsets September’s signal reversal bar opens the path to new highs.