How I Forecast the Markets Using Time & Price: A Look At Gold & the SPX – T3 Live

How I Forecast the Markets Using Time & Price: A Look At Gold & the SPX

“I absolutely believe that price movement patterns are being repeated; they are recurring patterns that repeat over and over.”
-Jesse Livermore

At the end of August 2018, we penned an article, Do Historical Synergies Between Gold and the SPX Suggest Major Turning Points in Both?

The bottom line is that we were pounding the table that gold was putting in a major low below 1200 in August 2018.

The presumption was gold would breakout over 1300 on its way to at least a 50% retrace of the prior bear market.

Gold blew past that level to our next projection of 1567, which ties precisely to a 50% advance off the 1045 bear market low.

In striking 1565, gold kissed the upper rail of a monthly trend channel (green).

The major breakout in gold occurred initially over 1300 and then the 1360 region (red trend channel).

Theoretically, a pullback all the way to the 1400 region could play out without disturbing the bull complexion

Why is early September a key time factor for gold?

First and foremost, its all-time high was September 6. Anniversary dates of major highs and lows are important cycles/vibrations.

Moreover, as the Square of 9 below shows:

Notice that the bear market low of 1045 squares 1921 and is opposite September 6. 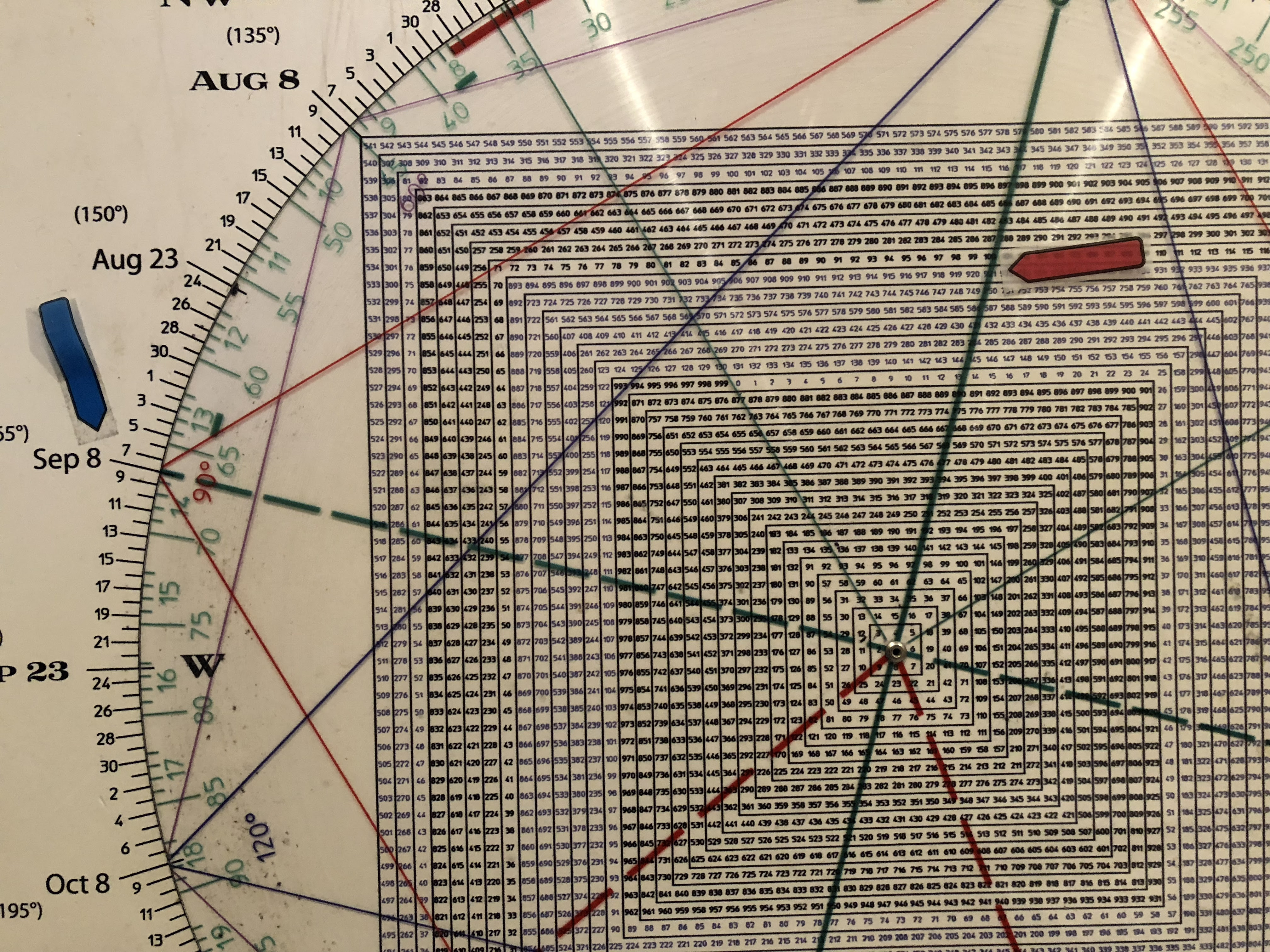 Is this synergy between the SPX and gold happenstance?

Checking the Square of 9 below shows that 666 aligns with the 1921 record price high in gold. Additionally, notice that the SPX bear market low in 2009 was a time/price square-out with 666 being 90 degrees square the low day, March 6th.

Interestingly, March 6 is straight across and 180 degrees opposite the September 7th SPX high in 1929… which again ties to gold’s all-time high.

Fascinatingly, the low day in the Great Recession in 2009 is opposite the high day prior to the Great Depression.

Gold responded to time and price resistance by pulling back last week.

This time one year ago, gold turned its monthlies up signaling the oncoming advance as the SPX was on the verge of turning its monthlies down on the hunt for Red October.

Now both appear to have signaled fresh turning points in this historic early September time-frame.

Gold is pulling back following a false breakout on September 4.

My gut is with so many having missed the gold explosion that the Johnny Come Lately’s may get burned looking for the prior strength to be revisited immediately.

Subscribers have taken 3 separate long swing trades in GDXJ since late May.

We sold the last tranche on the open on Thursday.

GDXJ, like gold itself, may have work to do. It will be important to see how it behaves on this first pullback to its 50 day like since breaking out in the context of a Friday weekly close below a 3 month trend channel.

We sold Thursday’s gap because GDXJ looked like a Breakaway Gap from a test failure of an August 7 Square-out.

A Square of 9 below shows that 43 is 180 degrees straight across and opposite August 7. Stocks typically test within the context of distribution or accumulation.

So the reversal from a test of the 43 region warranted/warrants caution for the moment — especially in keeping with the above gold chart.

Interestingly, the SPX broke out as well, on Thursday, We were hoping for such a breakout to be able to assess which way the market would turn when the rubber meets the road in this zone.

Thursday’s ‘breakout” in the SPX over a 1 month trading range and its 50 day line was followed by an NR 7 Volatility Contraction Day on Friday.

This is the narrowest range in 7 sessions. These contractions are typically followed by expansions in volatility within a day or two.

Maybe something, maybe nothing, but 6 weeks from the closing high in August 1987, the SPX also “broke out”.

The breakout in October 1987 was false, there was no traction. The index rolled over until it climaxed a few weeks later on Black Monday’s October 19 crash. 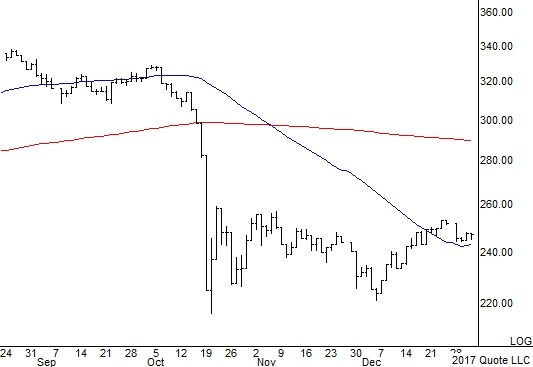 Of course crashes are rare birds and looking for them is a mug’s game.

Be that as it may the market breakout came on beaucoup assumptions last week:

2) A MEETING in October between Chinese and U.S. trade delegations.

If the market doesn’t follow through on these assumptions the breakout may be the nail in the complacency coffin.

SHOP, the poster-child of the bull advance since Decembern acts tired.

Hot IPO’s are the heart and soul of speculative sentiment and the action there has been ugly.

ZM, RVLV, CRWD and MDLA are among the culprits

Conclusion. Something dramatic seems to be brewing. Bonds look like a blowoff. Gold is pulling back from an explosive advance and as for the SPX… if we do not get traction from Thursday’s breakout and instead the index sneaks back below its 50 day line, a fast reversal may be on the table.