Lesson 13/30 The Secret of My Trading Success

Whether we like it or not, as traders, we are all in the pattern recognition business.

We are in the business of determining patterns of accumulation and distribution. Aided and abetted by technology, our modern pop culture is driven by images, starting with television and film and magnified by the internet and smartphones.

So now, behavior patterns in markets repeat with more volatility than in the past.

All of my strategies are based on pattern recognition. They are not based on some kind of “canned heat indicator.”

As I gained experience trading, when I’d have a big winner, I’d look back to see if there was any tell-tale sign that would tip me off in the future. I began to see that similar patterns and fractals of those patterns would show up.

This what happens with your own trading once you put the time in.

There is just no substitute for the experience that time brings — except for one thing — great traders need coaches.

What separated greats like Michael Jordan, Tiger Woods, Rafael Nadal, Roger Federer and Mohamed Ali from the rest of the pack?

They all had great coaches.

Scientific studies show that mood follows patterns, which indicates repetition, and therefore a degree of predictability and probability. And, therefore, potential profitability.

In my experience in making big gains in the market, I have found that it is not as complicated as you might think.

At the end of the day, it is about putting yourself in the position of being in the right place at the right time — that is, finding a leading stock before it starts to run big again.

Patterns can help us identify these opportunities.

To see these patterns, you must have a watch list and stalk a core list of names.

This is the most important factor in my success.

You must limit your field of vision, the number of stocks you are following.

In my experience trading, the more you try to see, the less you see.

The beauty of using pattern recognition is that stocks rally then consolidate in repeatable patterns. The natural underlying price behavior of stocks is that they inhale and exhale.

They do so directionally — they rally strongly and then pull back.

As well, their price bars expand and contract at regular intervals.

In a word, stocks breathe.

Stocks are driven by us and mimic our behavior.

Sometimes a stock will breathe slowly as if asleep.

A stock will breathe faster as we do when we walk.

A stock will pant as we do when we run.

A stock will hyperventilate as we do when we race.

Let’s take a look at two names, TSLA and SHOP, that just joined the $1000 club and see how a pattern put you in the right place at the right time to profit on an explosive move before it occurred.

The following daily TSLA for this year shows a Climax Run into February 4.

This is well before the market crash started on February 24.

TSLA’s behavior was a harbinger of what was around the corner.

One of the benefits of following leading stocks is that their behavior taken together will telegraph trouble ahead of time.

Notice how TSLA’s daily bars are relatively small as it started to walk higher.

There are several up gaps as it starts to run.

On February 3, TSLA exploded with the largest range of the year.

The next day, TSLA gapped open and ran up big before settling right where it opened.

That “Spinning Top” was followed by bearish Train Tracks and then a test failure of the high.

This test failure was validated by a breakaway gap below the 20 day moving average.

Do you see how TSLA rode its 20 day moving average up, recaptured it and then rode it up again throughout the second quarter?

Importantly, TSLA broke out of a Stein & Handle pattern on June 1.

This is a pattern I created as a cousin to the Cup & Handle pattern.

It accounts for V “bases” which often occur in well-loved names glamours such as TSLA.

But there is no further follow-through.

Instead, TSLA walks off its gains from the March low by going sideways rather than pulling back.

Notice that the June 1 breakout cleared the April 30 reversal.

This left a Reversal of a Reversal buy signal, or what I call a Keyser Soze.

Finally, notice that prior to this weeks push to new all-time highs, TSLA carved out a micro Stein & Handle, a fractal of the big picture Stein & Handle from February through May.

You see how patterns are a canary to capitalizing on a stock inhaling and exhaling.

One of the easiest ways to lock in gains on a big winner and sell into strength is to learn to recognize a Climax Top or Buying Climax.

In my experience it is often best to sell a big winner while it is still sprinting and looks strong.

Institutions by necessity out of the size of their positions must sell into strength.

It is a good idea for us to mirror their behavior.

That said, we have an advantage — we can stick around and ride the move longer because we have less size and can get out easily.

The most common complaint I hear about selling into strength is that it is contrary to being a trend-follower and that “I could be leaving money on the table… what if it goes much higher without me?”

George Soros says, “The usual bull market successfully weathers a number of tests until it is considered invulnerable, whereupon it is right for a bust.”

This underscores why, although seemingly counterintuitive, it is important to sell partials into strength.

This is in keeping with our Hit & Run/Trim & Trail method.

We’ll trade around a core position and after trimming into exhaustion, we’ll often keep a “stub.”

Selling is trickier than buying. It is more of an art.

While we want to buy once a stock shows it is moving up. We want to sell into strength.

This is what Hit & Run subscribers did in two big winners this week, OPK and BNTX as they spiked.

A Climax Top often occurs in big winners when a stock has been rallying persistently for a number of months.

Suddenly it takes off and off and runs faster.

These Runaways usually don’t see pullbacks for more than 1 to 3 days.

This is how I created my concept of the 1 2 3 Pullback.

Runaway moves into euphoric Buying Climaxes are created by investors who become willing to pay increasingly higher prices for a stock because they “have” to have it in their portfolio.

When investors realize their emotion mistake, the stock can come down hard and fast.

This same pattern occurs on multiple time frames — even on an intraday 10 minute bar.

The following daily SHOP shows how it repeated a Rule of 4 Breakout pattern twice this year.

A Rule of 4 Breakout is a breakout over a 3 point trendline.

Each instance identified a Golf Swing.

Allow me to explain. Each Rule of 4 buy signal was a time to walk away from the screen figuratively speaking and go to the golf course for solid swing trade.

Notice that following its April Rule of 4 Breakout, SHOP walked off the exhale in price by consolidating or inhaling.

That late April “inhale” was a “high Handle” to a Stein & Handle pattern.

Importantly, the late April consolidation played out after SHOP cleared its February 12 signal reversal bar, a Gilligan. A Gilligan is a strategy I created that does a good job of identifying exhaustion.

It is a gap up to a new 60 day high with a close at/near session lows.

The larger the bar, often, the bigger the Buying Climax.

Notice that SHOP left another Gilligan sell signal on May 26.

When SHOP cleared the May 26 Gilligan, the Keyser came to town and SHOP exploded from 844 to 1017 yesterday in 10 days.

Summary. Rule of 4 Breakouts and Reversals of Reversals do a good job of identifying Golf plays.

The trick of the trade with these Golf Swings is to recognize a climax top so you can sell while the demand is still hot, rather than waiting until everyone is trying to get out of the exit at the same time.

Check out Hit and Run Trading:

Learn About Hit and Run Trading 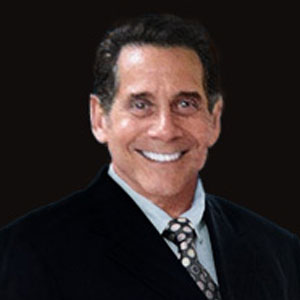 Learn About Hit and Run Trading
Scroll to top