Lesson 11: How to Find a Stock Before it Rips

Putting the pieces together using multiple time frame analysis will tip you off that a big move is on the table.

Let’s walk through how putting the pieces together of its daily and hourly chart was a blaring signal to jump on it despite a 3 point gap open with the market turning down.

In fact, I recognized earlier this week that ROKU was coiled for a potential Rule of 4 Breakout on its weeklies.

This is a breakout over a 3 point trendline. 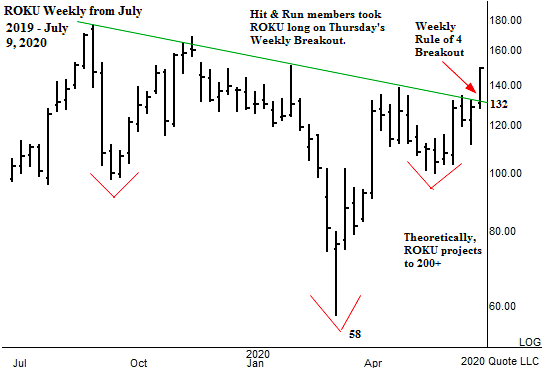 The weekly pattern put ROKU on the long radar.

You don’t get many quadruple tops (or bottoms), so the 4th time through usually seals the deal with follow through.

Rule of 4’s on any time frame can telegraph the start of a big move.

As I said, I saw ROKU setting up for a Rule of 4 earlier this week and Hit & Run members took it long.

We got stopped out.

However, Thursday’s gap revalidated the set up and we took it again.

The second mouse gets the cheese.

One of the most important factors of success in my 35 year trading career is to take a perfectly good setup when it retriggers.

The market is not a fine Swiss watch.

Drilling down to an hourly ROKU below shows that ROKU looked like it was coming out on Tuesday but stopped out. 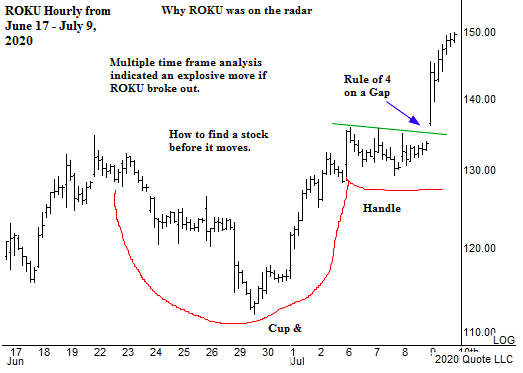 Importantly, however, the hourlies setup its own Rule of 4 which triggered on the gap up on Thursday.

As well, backstopping the idea for a big move is the hourly Cup & Handle.

We missed the initial breakout. I posted to subscribers on the Hit & Run private Twitter feed that I was stalking it for an entry.

I was waiting for a Side Door Entry. A first intraday pullback.

Drilling down to a 10 min ROKU shows where we took it long coming out of its first pullback… really its only meaningful pullback on Thursday. 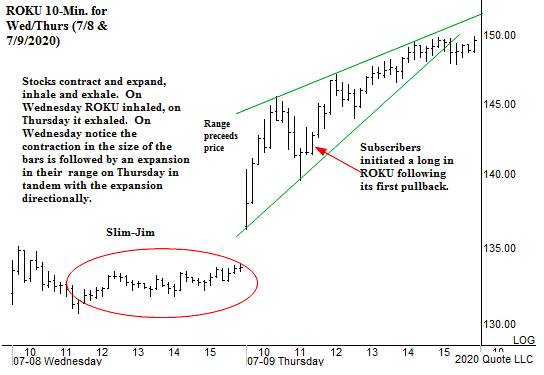 Summary. My dad used to tell me, “Stocks don’t move, they are moved.”

ROKU set up this way and exploded because big money saw the potential.

Notice how ROKU traced out a Slim Jim where it was accumulated all day on Wednesday prior to Thursday’s lift-off.

Smart money was loading the boat before driving it higher on Thursday where they took offers promiscuously.

Stocks breath. They inhale (consolidate/pullback) and exhale (move up or down) because they mimic us.

These patterns of contraction and expansion will put you on the right side.

There's no better deal than the Ultimate Hit and Run Trading bundle. 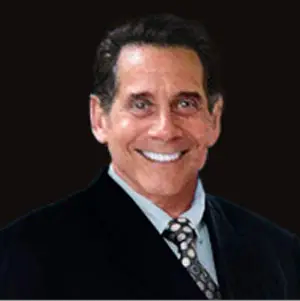